From the outside, it looked like any English pub. Inside, loud voices debated Manchester United’s season while others swigged Fuller’s beer. I couldn’t feel further from America.
The back of the pub, though, houses a small corner of the US via the Fat Bear pop-up restaurant in residency. My first stop was Louisiana via pickled sweet corn, pimento cheese biscuits and deep-fried pickles. A bite of the cheese sandwich (the American cousin to the cheddar and pickle sandwich) was an immediate postcard from childhood. The fried pickles, near-impossible to find in London, outdid anything at a chip shop. 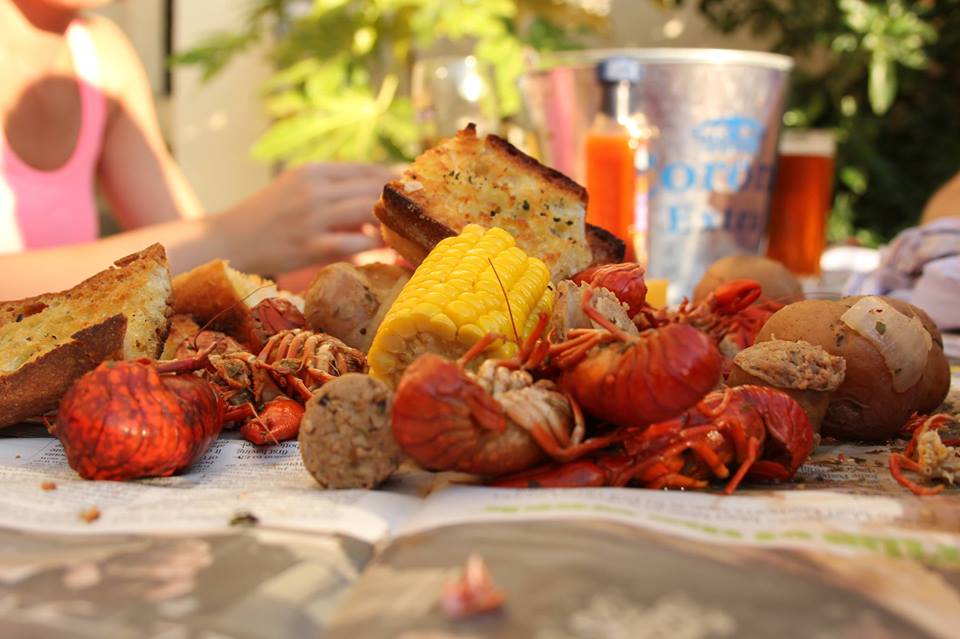 Like a high-end pizza? The spinach and ricotta crepe that followed had a crispy with a gooey centre that made me want more. The accompanying salad was a truly southern specialty of spinach, candied pecans, cheese and hot pepper jelly dressing.
Then there was a lineup of three iconic American dishes: slow cooked beef brisket, biscuits and gravy, and macaroni and cheese. All were like care packages from home. The brisket was beyond tender; a fork was only there for manners’ sake. The mac and cheese was decadent and delicious, peppered with thick chunks of bacon, while the biscuits and gravy outdid any version currently on offer the capital.
The chef, Michael Bolous, not only worked in kitchens in Boston and New York City, but also received a degree in American History, with an emphasis on regional cuisines. His thorough understanding and love of the food shines through in dishes that are both homages and modern improvements. The food at the Fat Bear is one of the best translations of American fare for the British market and should not be missed. The residency at the Sun and 13 Cantons continues through the end of November, including special menus for Thanksgiving. (Words: Barbara Cole)

Somewhere you should eat…Made In Camden at The Roundhouse

All eggs everything at Egg Break in Notting Hill

Something you should do… Hendrick’s Unusual Month of Reverse Courtship

Somewhere you should go… Battle of Ideas