Madani Younis, the new artistic director of the Bush theatre, opened the Radar Festival last week with a cheeky paean to the Shepherd Bush area and its eponymous theatre. Over the next three weeks, he explained, the Bush will host discussions about the shape and possibilities of contemporary theatre, along with a myriad of guest performances and works in progress by the artists who are defining these changes. Talks will focus on theatrical concepts and processes, whilst play performances are an opportunity to celebrate and encourage new talent, such as Chewing Gum Dreams, directed by Che Walker, proves. 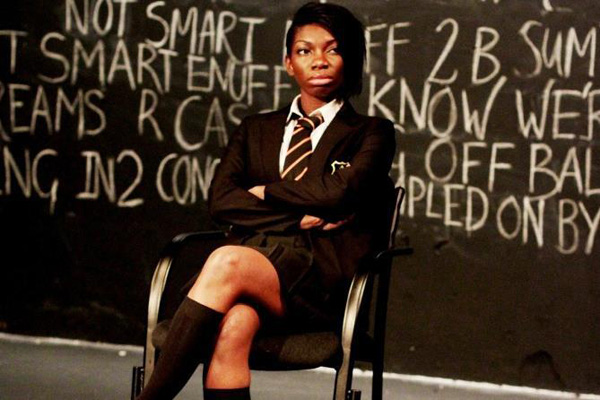 Performer and playwright Michaela Coel gives us Tracey, a 14-year-old girl, initially all vicious, hilarious put-downs and sly detachment, which she gradually strips away (literally, in one scene – Tracey’s first sexual experience) to lay bare the emotions of growing up. The language is sharp, fresh, confident, and rises effortlessly into poetry. As for Coel, she has a gift for capturing a character in a slouch, a swagger or a smile. The openness and ease of her performance immediately sets up a relationship of trust with the audience, and with her, we are safe to venture more difficult or sensitive areas – male violence, teenage sexuality. One only hopes that the Bush’s new artistic outlook will persuade artists such as Coel to stay in theatre a while longer before disappearing off into film and TV stardom.

If the opening evening is anything to go by, there’ll be plenty of reasons to keep coming back to the Bush Theatre’s Radar Festival over the next three weeks. With people like these shaping contemporary theatre, it’s in safe hands. (Words: Ben Hadley)

Somewhere you should go…This Is Design @ the Design Museum

TCé picks: A selection of things to do and places to go – December 2012

Something you should see… Return of the Rudeboy