What we’ve been up to… The Past (London Film Festival)

When your last film has won everything from a Golden Berlin Bear to an Oscar for Best Foreign Language Film and has been hailed by critics as one of the few masterpieces of this decade, your new work will have the considerable advantage.  It will be seen as a highly anticipated film event but it will also bear the burden of being compared to your previous triumph. So has writer/director Asghar Farhadi managed to meet the extremely high expectations with his new film, fittingly called The Past? 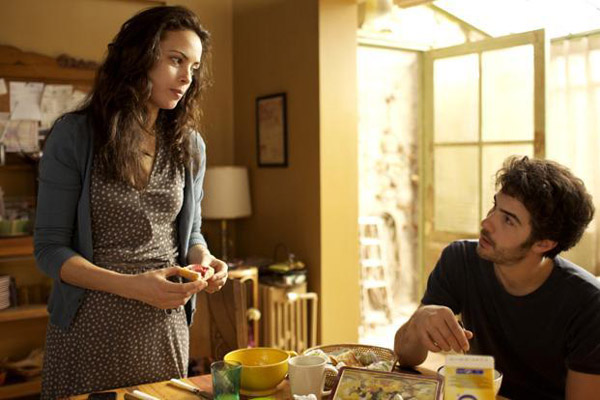 Intriguingly, Farhadi seems confident enough to welcome comparisons with his crowning achievement by building once again a family drama around a divorce. This time we follow Ahmad (Ali Mosaaffa) as he returns to Paris to finalise the end of his marriage to estranged wife Marie (The Artist’s Bérénice Bejo). During his stay at Marie’s house, he meets her new boyfriend Samir (A Prophet’s Tahar Rahim) and  spends some time with her children, including the sulky teenage daughter Lucie (Pauline Burlet) who clearly shows her contempt for Samir.  Tt becomes clear that old wounds are still open and that it is not easy for anyone to move onto the next stage of their lives. Revealing more about the plot would lead us to an unwanted spoilers territory.
Just like in his previous film A Separation, The Past has a script with so many twists and turns that makes you think you are watching a detective story rather than a family drama. By creating an impeccable web of lies, emotive decisions and their devastating consequences, Farhadi reminds us his unmatched skill in building a climax from everyday actions. If only he paid the same attention to his characters who lack the complexity of those in his previous film, making it hard for the audience to connect with them. Ultimately then The Past is a film that stimulates your mind but does not capture your heart, but leaving you  with the hope that Farhadi’s future will still be bright. (Words: Apostolos Kostoulas)
The Past was part of the 57th BFI London Film Festival programme.  It opens in UK cinemas on

Somewhere you should go… Sundance London

What we’ve been up to…Flow Festival, Finland 2011

What we’ve been up to… Tombo