Live in London long enough and you’ll know that the Eastside doesn’t have the monopoly on good art – especially when festivals like Deptford X have been shining a spotlight on the modern movers and art makers around the South-east for the past 15 years.  So it’s a welcome return this week for the capital’s longest running contemporary visual arts festival, which will be offering its usual eclectic mix of installations, performances and  exhibitions.

This year, Bob & Roberta Smith take the lead with a new commission that declares “Art Makes People Powerful!“, and it’s a theme that resonates amongst the rest of the works from Deptford’s creative community. This includes Dan Holliday’s screen printed posters which make an intriguing statement about the history and development of the local area. Bernadette Russell’s 366 Days of Kindness project  is another highlight, as it warmly presents the results of an exploration into the  power of good deeds, following the 2011 riots. This interactive installation – which features 366 balloons with messages  from Londoners which are given out at the end of the day – made its debut at the Southbank Centre in July and will no doubt be a big hit once again when it’s recreated for Deptford X. 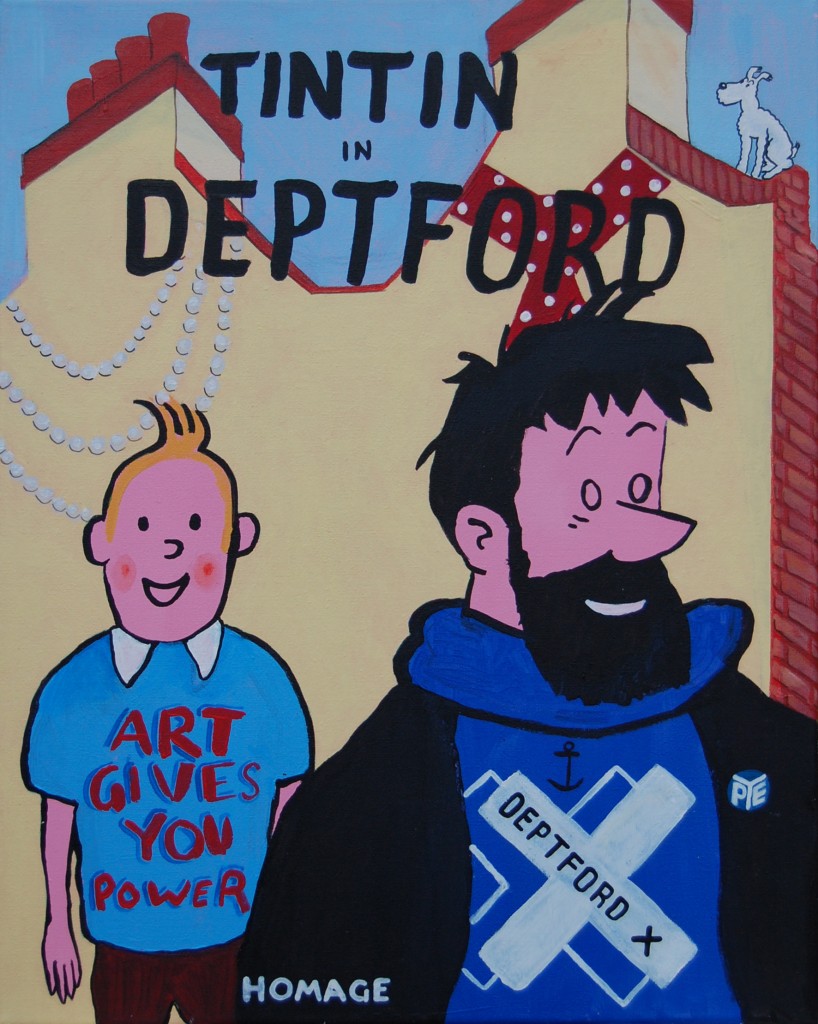 As for the rest of the programme, a group show from Harry Pye and friends will be celebrating the 30th anniversary of the Albany performing arts centre, while 8 Studios From Here will be a powerful demonstration of what can happen when artists work together for the better good of the independent art scene.  All that’s left is even more of the creative, the quirky and the sublime from the Fringe shows, parties and other events which perfectly sums up why Deptford art has really got it going on. All power to the people!

On until October 6th.  For more info, visit: www.deptfordx.org

Something you should see.. Collection Sandretto Re Rebaudengo: Have you seen me before? at Whitechapel Gallery