If you ever thought about hitting the slopes in Europe one day, but might have a slight aversion to the cold (raises hands), you might want to get your head around the idea of skiing – on wheels. Rollersking is the cross-country equivalent of the sport minus the snow, and goes back as far as the 1950’s, when competitors needed an alternative way to train in the summer. Nowadays, you’ll find plenty of urbanites in Hyde Park skating pole to pole,  having fun with one of the most unique hobbies worth taking up his summer. 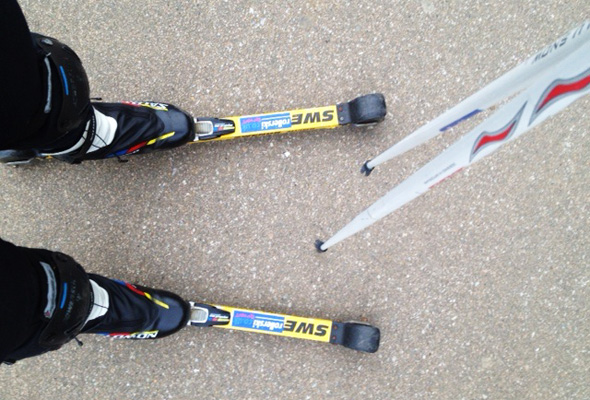 I joined the Rollerski company on a Thursday evening for a beginners lesson – and soon found out it’s a lot harder than it looks. Once I was fitted with boots, a helmet, elbow and knee pads (which would later be my saving grace), and given a pair of poles and skis, our instructor led the small group through a series of drills and exercises – like the forward-leaning “zombie run” – just to understand how we would need to move when we put on the skis.

The rollerskis themselves felt a bit awkward and on the tarmac, it was a little tricky moving along, as well as learning how to stop and turn (unsurprisingly, I fell down five times). Also, it was important that we took our time with the entire process, as it was tempting to just take to the skis and dash off, with little concept of different techniques like double poling, which would later be my favourite. 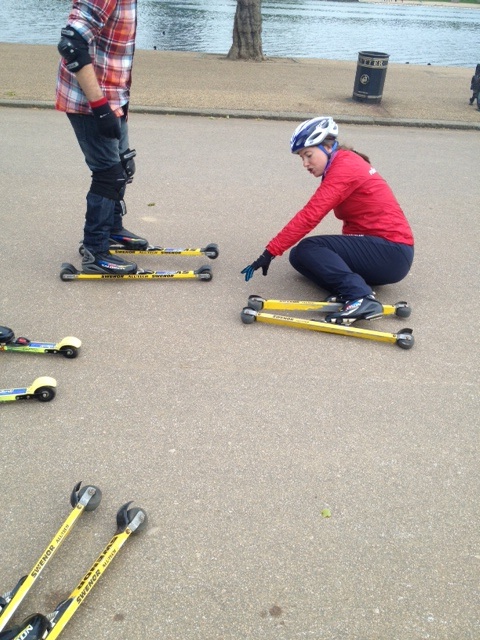 Yet after two hours of skating along in different ways – one skate on, no poles, both poles, skating around in a circle, three strides and a roll – the entire group was starting to get it. Of course, we’d need a few more lessons to really get the hang of rollersking, but we definitely proved you can have with with skiing – right on our doorstep.  (Words: Matilda Egere-Cooper)

Something you should do…Boot Camp

Somewhere You Should Go… Netil House