Something you should see… Light from the Middle East: New Photography at the V&A

If I were to say to you ‘the Middle East’ – many associations may come to mind but chances are contemporary art would not be one of them. A major exhibition at the V&A is attempting to redress the underrepresentation of photography in the region (in both our minds and UK collections) with a new show on modern photography from and around the Middle East. The exhibition showcases the work of 30 artists all at various stages of their careers –  from the internationally renowned to emerging talent. The artists are as diverse as their subject matters, as well as the techniques employed to engage with the medium of photography. From Atiq Rahimi’s use of the basic box camera to produce dreamlike portraits of the ruined city of Kabul – to the heavily stylised images of Tehran by the duo Joana Hadjithomas and Khalil Joreige. 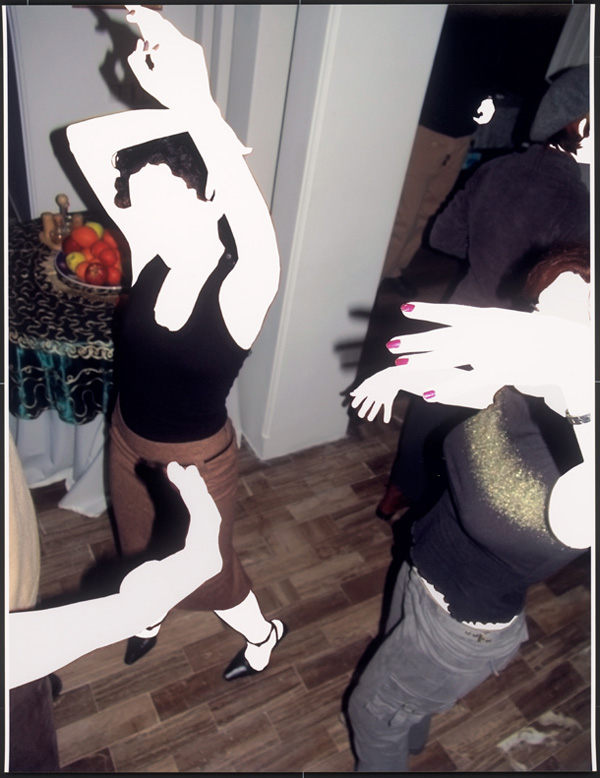 Don’t be put off though – the images are not all war torn. Conflict is just one of several themes that appear in the show, and the idea itself has many manifestations. For instance, Shadi Ghadirian’s Qajar (1998) series explores the tension between tradition and modernity that women face in Iran, through her re-creation of 19th century Iranian studio portraits updated with contemporary props. 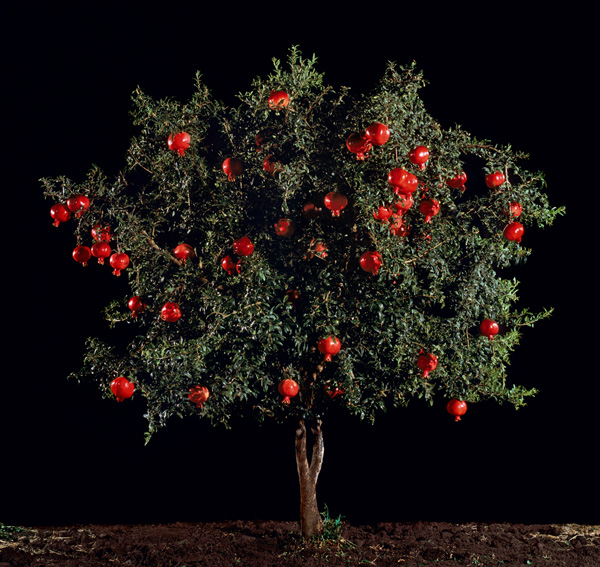 The exhibition features images of trees from Tal Shochat’s In Praise of a Dream (2010) series. Lush with fruit, the trees (which are real) have been photographed against a black backdrop – and the result is visually stunning. Shochat’s idealised setting for her fruit trees, which borrows from the conventions of portrait photography, reveals the power of photography to faithfully document and also to deceive. The Saudi artist Ahmed Mater also explored this concept in his Magnetism series – images that recalled the Hajj pilgrimage. A selection from this work is on view at the V&A. Look out for artists Jowhara AlSaud and Aimirali Ghasemi who both approach the idea of censorship by censoring their own images. Photographic figures are reduced to line drawings in AlSaud’s Out of Line (2008) series while Ghasemi conceals the identities of his subjects by blanking out their faces and exposed areas of skin in Party (2005). The Middle East is undergoing major socio-political upheaval at the moment, yet even in the midst of this profound change, artists from North Africa to Central Asia are producing some very sincere and thought-provoking work. (Words: Eri Otite)

Light from the Middle East is on until April 2013. For more info, visit www.vam.ac.uk

Something you should see… Isabella Blow: Fashion Galore!

Somewhere you should go… The Blues Kitchen Rib Festival

What we’ve been up to… Allan Pickett at Sanderson