Something you should seee… Robert Lepage’s Playing Cards 1: Spades

Robert Lepage has been an international name in the arts since the 1980s. Primarily he is a theatre director, but having also gained critical acclaim through cinema, opera and live production for rock shows and exhibitions, Lepage is also one of the most prolific creatives going today. He started his theatre studies in Quebec at the age of 17 and has gone on to be a driving force in theatre, run his own multidiscipline production company Ex Machina (that brought the traditional performing arts into the digital age) and win countless awards. So tickets for his new production at the Roundhouse could be hot property then? 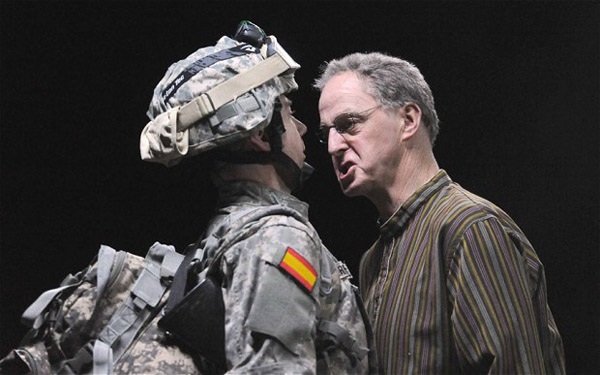 Playing Cards is a 12 hour marathon production, but luckily it’s broken down into each card suit, making it into easier to swallow 3 hour pieces. Spades, the first instalment, is designed for a very particular kind of theatre, the 360-degree stage. And where else could it tour to other than Camden’s amazing space?

Running for less than a month, the play is already gaining an incredible amount of attention. It began its international tour in Madrid May 2012 and has gained momentum since. Spades begins its story in Las Vegas at the beginning of the Iraq – and weaves a web of sex, corruption and violence. Lepage is bringing his usual blend of “theatre wizardry” – but with no Paul Daniels in sight. Peter Gabriel once described Lepage as a theatre director for people who don’t like theatre – someone who converts the none-believers? We’re already sold on this one Peter. (words: Laura Thornley)