Remember Kids – the film that launched Chloe Sevigny, and gave a warts n’ all  account of tainted morality in teens? Ready for some more? Now’s your chance! The director Larry Clark is back with another offering, Marfa Girl – a film where themes of teenage sexuality, confusion and desire are writ large in this tense collision of artistic urges and small town America. And being Clark, that most independent of independent filmmakers, he has his own way of doing things. For starters, there will be no cinematic release and the film is only available on his website.  But happily The Book Club is putting on not one but TWO FREE viewings of his meisterwerk. “I wanted to make a movie for the internet,” he told Filmmaker Magazine last year. “These days everyone’s on it – emails, social networks and all that. Kids are constantly connected to it. People make a video and it gets a million hits, so f**k it, let’s do it.” 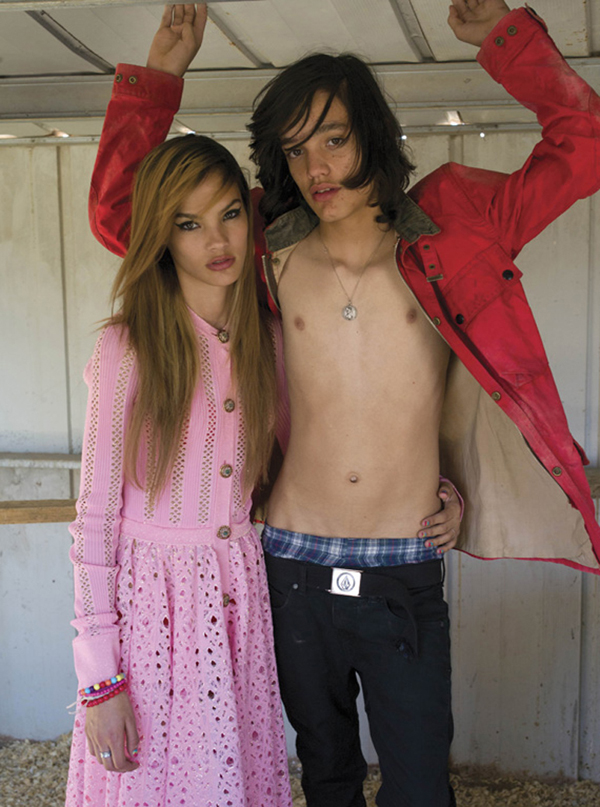 Well quite, dear boy, on you go. And exhibiting his own brand of disaffected youth, Clark slated all producers as crooks in that interview, stating “I never got paid for my movies.” Even so, you might wonder why  this man in his 60s is so interested in teens getting busy? Well, what is clear is that his young actors trust him. Drake Burnette, an art school graduate, has turned actor on account of Clark’s interest in her to be the Marfa Girl in question. “I think his work is so brave and beautiful”, she tells Dazed & Confused. “He’s been able to capture so many subgenres of American youth culture”. Marfa Girl promises to add that pantheon. (Words: Ed Spencer)

Something you should see… Carousel at The Barbican

Something you should see… Gary Taxali at The Outsiders Gallery

Something you should see…. Reflections from Damaged Life: an exhibition on psychedelia