It’s been just over a year since chef Rainer Becker opened OBLIX in the European Union’s tallest building, but he admits the mission is not quite accomplished.

“It takes time for a restaurant to be there, where I have it in my head,” Becker said, sitting in a corner of the 32nd floor restaurant in the Shard – the London skyscraper that looks a bit like a castle from the “Lord of the Rings” films.

“I think the first step, we achieved. It’s busy and successful but there’s a lot of detail work to be done that most people don’t see, but I see.” 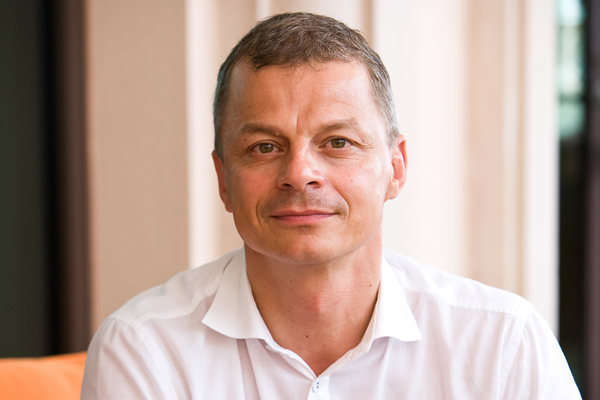 The award-winning, German-born chef opened OBLIX in May 2013 in a departure from the Japanese tradition of the iconic Zuma and renowned Roka restaurants that made him famous at the turn of the new millennium.

After training in Michelin-starred restaurants in Germany, his love for Japanese food was established when he lived in Tokyo for six years working at the Park Hyatt hotel. He moved to London in 2002 to open Zuma in Knightsbridge with business partner Arjun Waney.

The launch of OBLIX came after 11 years of rapidly expanding the Zuma and Roka brands across the globe, so the plan was to venture into New York-style urban dining that would offer Becker a lunchtime alternative.

“I eat too much Japanese food every day,” he said. “Japanese food is my passion because I lived in Japan. But I didn’t want to do a Japanese concept. I like simple food and New York is one of my favorite cities.”

“They have great restaurants and they’re very multicultural, like London. We said, ‘Let’s do something where you can’t pinpoint what we’re doing’, so it’s not American cuisine. Like London, there’s not really a London cuisine. It’s multicultural.”

On a weekday, the stylish restaurant, with its stunning views over the British capital, is buzzing with businessmen, tourists and young couples, including a famous footballer and his TV presenter girlfriend. It is a mixed clientele that Becker believes is one of the advantages of being based in the Shard.

“It’s a tourist attraction and a destination, so we have a very broad audience,” he said.

The menu has gone through a number of tweaks since the opening, although the flavorsome duck with mango chutney has become a signature dish. Another big draw is an interactive sommelier station which allows guests to try new and vintage wines and match it with their meals. Wine-tasting classes may become a larger part of the dining experience. 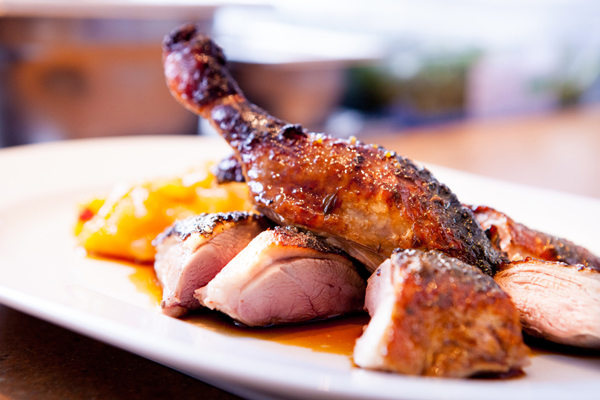 Becker says he has learned a few lessons since OBLIX opened, which have inspired the changes. This includes ironing out the teething problems before the critics experience the venue.

“Every restaurant opening is tough but a lesson is, ‘Don’t let the critics come in the first week’. How can you deliver a product in the first week to the best possible standard? We’re not machines, it’s all human beings,” he said.

“Guests come at the same time and then they wait half an hour for starter. That’s the way it is. But three or four weeks down the road, everything is much smoother.”

Despite the restaurant’s popularity, he said it’s too early to plan another one.

“I think it’s very unique to the Shard,” Becker said. “If there’s another building in a European city where you have similar aspects coming together, maybe there’s an opportunity.”

In the meantime, he’s working on planting another Roka in Aldwych in central London in September after opening one in February in the up-market Mayfair district.

He is also taking Zuma to New York and Abu Dhabi as he enjoys launching new venues, which he compares to the adrenaline rush he gets from car racing, one of his favourite pastimes.

“Besides cooking, I always love the aspect of understanding how (business) all functions and works together,” he said.

“When you expand you cannot do everything yourself anymore and naturally you have to look after the business aspect, probably more than the other aspects if you have the right people doing the other things. Then you grow more into that field. But the balance has to be right.”

With 14 restaurants under his belt by the end of year, he is also determined to keep the quality and experience of his restaurants as high as possible.

“The bottom line is, when you go to a restaurant you want to have a good time.”

This interview was first featured in Reuters on 17th June 2014.

Somewhere you should eat… Simply Fish