Something you should see… BBKP: D Eye Y at Pump House Gallery

It’s an oft-quoted statistic that more photographs were taken in the twelve months of the year 2011 than in the entire history of photography put together. Inevitably our delight and amazement at being able to by capture, fix and keep an image on paper has diminished since the invention of the photograph. Four-man artist collaborative BBKP create work that resurrects those feelings. D Eye Y, their new exhibition at Pump House Gallery, showcases some of their off-the-wall approaches to image making. BBKP comprises four artist-inventors: Nathan Birchenough, whose previous projects have included making a cardboard Viking boat (which he rode triumphantly down a canal for a full five minutes), Nicholas Brown, a natural-born carpenter of scrap and found materials, Craig Koa, who looks to process and learning and Savvas Papasavva, the techno-whizz of the group who is interested in the mechanics of film-making. Together with brilliantly boyish excitement they spend their days spraying, sticking, stapling and sawing any materials they find, converting them into bespoke cameras which record the world in 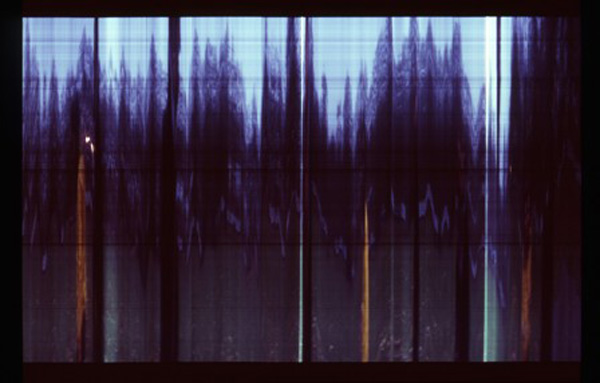 The projects on show at D Eye Y were developed with input from members of the local public, who were invited to partake in a series of workshops held in Battersea Park, commissioned by the Pump House Gallery. Participants were taught how to make cameras out of objects as unexpected as peanut shells, and how to take fantastically warped portraits of their surroundings with their own bespoke SlitScan cameras – which they themselves made from scratch. Holding an image of the world in your hands, with the knowledge that you have Done It Yourself without any digital input, suddenly seems impossibly far-fetched and incredible. BBKP’s projects are about innovation, problem-solving and the practical exploration of materials. Their inventive approach to their apparatus creates a new kind of camera vision and lends a real physicality to the photographic print which comes to be valued as an object in itself, not just one of hundreds of images. Take your time over this show –there’s a lot to see. (Words: Florence Ritter) D Eye Y is on at the Pump House Gallery until April 7th. For more info, visit: www.pumphousegallery.org.uk

Something You Should See… Screens at Space Studios