The BFI London Film Festival should not need any introduction. Now in its 58th year, it has secured a permanent place in our hearts with its eclectic line-up of major motion pictures and exciting cinematic surprises. So without further ado, here’s a  guide to our picks in this year’s festivals, divided into our five categories to help you navigate through this wonderful celebration of cinema:

One of the main attractions of any major film festival is the opportunity for film lovers to be amongst the first to watch the latest works of some of the biggest Hollywood names. The LFF though, never goes for the easy choice, opting instead for films that challenge our perceptions of major stars. Take for example Camp X-Ray that puts Kristen Stewart, who rose to fame as the annoyingly passive Bella Swan in the Twilight saga, in the notorious Guantanamo Bay as a soldier who is determined to prove her worth in a system that favours machismo and is stained with sexism. 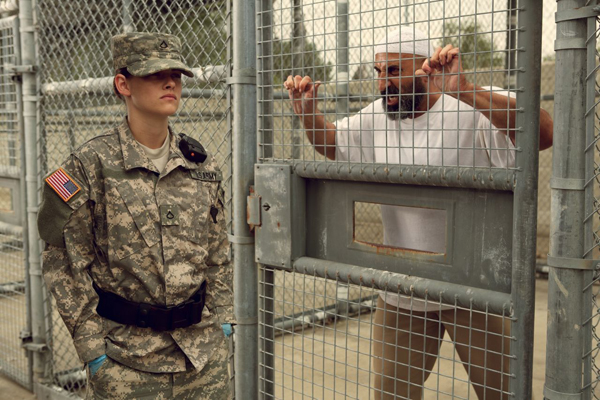 Reese Witherspoon, undergoes a similarly bold transformation in Jean-Marc Vallée’s (Dallas Buyers Club) new film Wild, the true story of Cheryl Strayed, a young woman who after a dramatic incident in her life, decided to undertake an exhausting 1,100-mile hike across the Pacific Crest Trail. Emotionally and (often) physically bare, Witherspoon gives an outstanding performance that may very well earn her her second Academy Award. Another safe bet, come Oscar time, is Foxcatcher. It’s an intriguing true story: two brothers, who have lost their parents at a very early age, become wrestling world champions and look for a father figure in their multi-millionaire benefactor, with devastating results. The film’s director Bennett Miller has never put a foot wrong (his previous films, Capote and Moneyball were both nominated for various Academy Awards, and he recently won the Best Director award at Cannes) and an all-star cast includes Channing Tatum and Mark Ruffalo in the roles of the two brothers.  More excitingly it also features Steven Carell, as the wealthy and eccentric benefactor, promising to make  Foxcatcher one of the year’s best films.

Something you should do…London Duck Tours

A guide to the 56th BFI London Film Festival