Something you should do… Edible Cinema

Imagine Heston Blumenthal  invaded the snack bar of your local cinema, transforming the experience of movie-watching into something so unforgettable, you can’t help but wonder why no one thought of it sooner.  It was only a year ago that Edible Cinema decided night outs should be a little more creative – and where Secret Cinema, Future Cinema and the various spin-offs have gone the theatrical route, the guys behind ED have targeted your snacks instead. 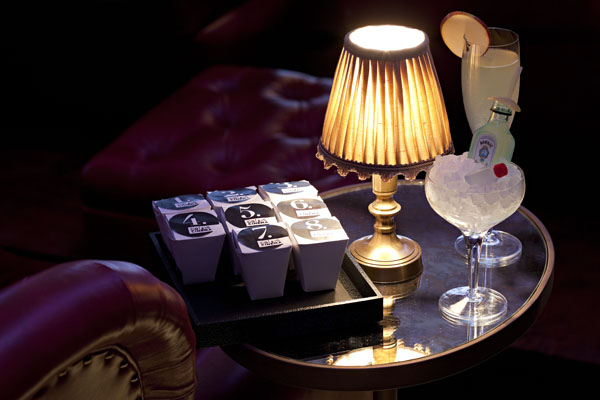 The aim of the game  is to use your tastebuds to pull you into the narrative of a film – but you don’t have a clue what you’re eating or drinking as you’re given a tray of numbered parcels which you’re required to open during certain scenes of the film.  We recently checked out Eternal Sunshine of the Spotless Mind, and as a number flashes up at the side of the screen, you can hear the audience scrambling around to eat/drink the mysterious delicacies – some more tasty than others (and some just down right strange).   At times, the parcels didn’t work at all –  one particular link to a pigeon scene in the film was a little too gross for our liking – and there seemed to be alot more sweet treats than savoury,  although the mint/frozen ice reference was one of our favourites.   Still, Edible Cinema is alot of fun, and if you’re after something a bit more adventurous than 3D glasses and mixed-flavour popcorn, this is a great  bet.  (Words: Matilda Egere-Cooper)

Somewhere you should go… The London Independent Film Festival

What we’ve been up to… Allan Pickett at Sanderson

What we’ve been up to… Jar Kitchen

Something you should do… get knitting