I have always loved going to the cinema; the big comfy seats, the wide range of delicious and unhealthy snacks and watching the lights dim as the music starts and the screen lights up. But the mainstream cinemas of London are really starting to take the p**s with their expensive pricing and constant sequels leaving me to seek my film fix elsewhere – like The Prince Charles cinema. 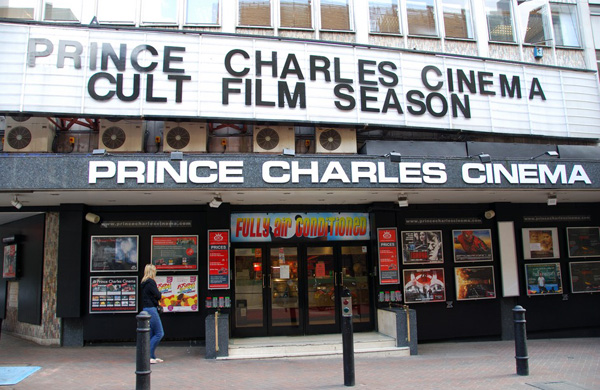 The Leicester Square venue showcases the best in independent cinema, has cheap ticket prices, and also understands the importance of remembering the classics. All year they showcase the best in cinema including foreign films, the best of the 80s, the latest Hollywood blockbusters and marathons of films shown in the series and trilogies they’re meant to be viewed in.
However the PCC is perhaps best known for their sing-along-screenings including Rocky Horror Show, Lion King and Sound of Music. And they also add a twist with Schwing Along With Wayne’s World, Swear Along With South Park and Mean Girls Quote Along.

The people at Prince Charles are serious about their movies which only adds to the overall experience of visiting – and it’s little wonder Quentin Tarantino calls it his favourite UK cinema. In fact, the people there are so lovely you can visit their website and request a film and they’ll email you when they screen it in the future. But the best way to keep track of the abundant films they screen is to join their mailing list at www.princecharlescinema.com (Words: Lucy Palmer)

Lucy is a freelance writer who also works in advertising with a love of Christmas, shopping and coffee.

Something you should see… Choose Your Own Documentary

Something you should see… Jeremy Deller: Joy In People at the Hayward Gallery

Something You Should See… New Dream Machine Project at Parasol Unit

My weekend in pictures: December 12

Three brilliant hotels you should visit for your next London staycation