Somewhere you should go… The Colonial Common pop-up

If you’re in Scotland, it’s whisky. In Ireland, it’s whiskey. In America, though, it’s bourbon. While the US is home to almost a dozen types of different types of whiskey, bourbon reigns supreme in its popularity as both a straight spirit and as a basic ingredient in classic cocktails such as the Manhattan and Old Fashioned. 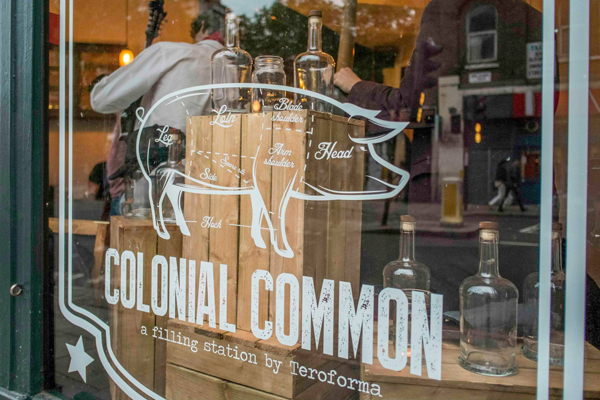 Despite its popularity in the US, bourbon (and its fellow American whiskies) hasn’t found much popularity in the UK. The Stateside design firm Teroforma wants to change that by spotlighting these American spirits at its Colonial Common pop-up during the London Design Festival. Running for nine days,  Teroforma bills Colonial Common as “a filling station” where visitors can experience American bourbon and whiskies in many ways. The Common is bound to be a design-laden experience too. The Shoreditch space will feature a speakeasy-type bar setup, as well as a culinary tasting room and product showcase featuring Teroforma’s famous Whisky Stones, as well as other limited edition pieces designed specifically for the Colonial Common. 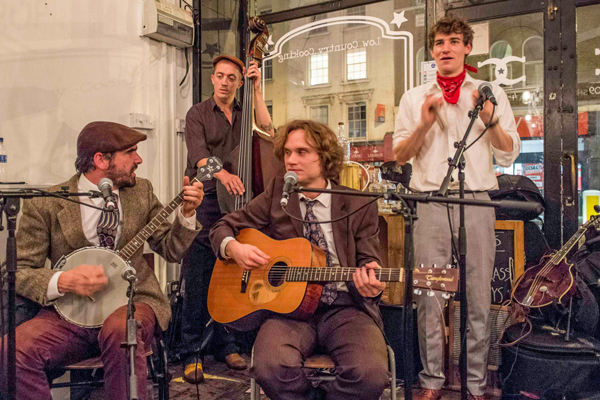 The pop-up will also include live bluegrass from bands such as the Lands End Trio and The Barker Band (pictured). Food and cocktails will be available from vendors specialising in American Southern fare such as Beard to Tail, Joe’s Southern Chicken, and Anna Mae’s while the whiskey and bourbon tasting will be conducted by bartenders from Aqua at the Shard, Lockhard, Milk and Honey and Social Eating House.
The Colonial Common is running in conjunction with London Design Festival until September 22nd and is free to enter. It is located at 1 Kingsland Road, Shoreditch, E2 8DA from 4-9pm. For more info, visit: http://www.colonialcommon.com/

What we’ve been up to… Segway driving in Brighton

Something you should see… Lyrikal Fearta: Redux at Sadler’s Wells

What we’ve been up to (in Paris)… The Centre Pompidou