What we’ve been up to… Vice presents: The British Wrestler and Caribbean Fashion Week at the Raindance Film Festival

Film journalist Chris Fennell was recently invited by the guys over at Vice to check out their latest documentaries which premiered during the Raindance Film Festival. Here, he explains why the life of wrestlers might warm your heart and there’s alot more to Caribbean Fashion Week than meets the eye….

Everyone knows wrestling is fake. Everyone knows the same about the movies. Both represent truth as barely credible fiction. The lights go down, the private becomes public and the eager spectator accepts what is presented to them as the way it should be. 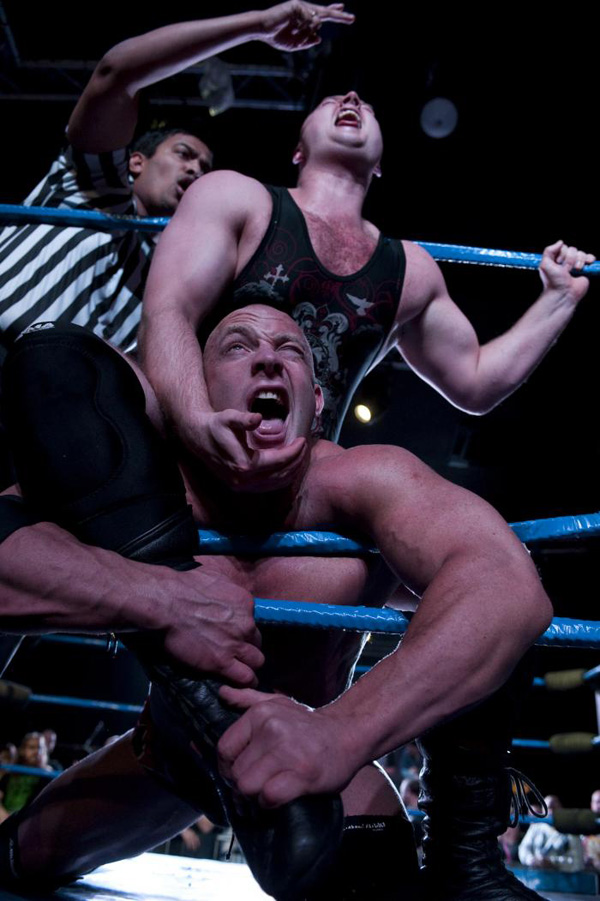 Both wrestling and the movies cast heroes and villains in the mythological battle of Good versus Evil. Lifelong wrestling junkie and self-confessed Z-list celebrity Grady plays a hero in the ring and on the screen, moonlighting as ‘Grado’, a grappling Kevin Bridges whose gimmick is merely an extension of his real life persona. ‘Grado’ greases his chops and throws on his leotard in the community centres of Insane Championship Wrestling, a too-hardcore-for-TV independent promotion that makes Extreme Championship Wrestling seem like an Early Learning Centre. Amateur wrestling (or ‘true wrestling’ as Roland Barthes calls it in his 1957 essay ‘The World of Wrestling’) is based upon a great spectacle of actions and gestures (‘displays’) which are instantly recognisable – like ancient theatre, Barthes says, but with staple guns and car doors.
The British Wrestler is a heartfelt and engaging documentary that does not judge or seek to explain its subject. Director Rhys James is a willing participant in the kayfabe, refusing to go beyond the mat into the tenebrous world of script writing, wellness programs and backstage screw jobs. Although there is yet to be a formidable non-fiction account of professional wrestling, in the age of Twitter and message boards, when the things you don’t know about wrestling aren’t worth knowing, perhaps this approach should be applauded. Click HERE to see the trailer for The British Wrestler online at Vice.com. 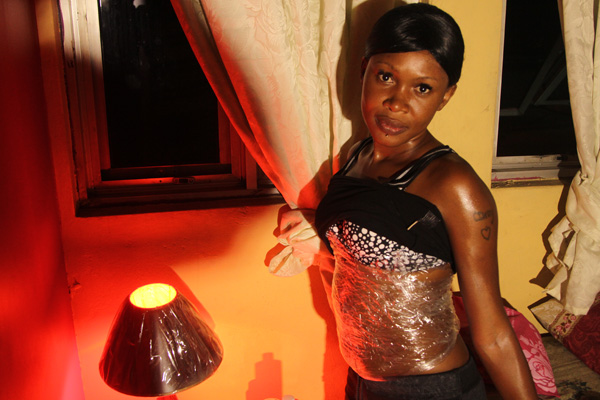 Socially mobile females are also aware of Jamaican men’s voracious, Sir Mix-a-lot appetite for big butts, mixing agricultural chicken feed into their porridge in search of beautiful perfection. These practices are especially popular in lower income areas, where Duboc seeks out the daily routines of the women involved.
The cultural space in which to flaunt these fashions is the dancehall. Jamaican fashion has been forever tied up with dancehall culture, as fashion revolutionaries attempt to take their provocative designs into the mainstream. In 25 minutes, director William Fairman cannot fully broach the lifestyle trends of the dancehall, but instead, to his credit, chooses to survey the traditions of skin bleaching and body altering and its deeper roots in Jamaican culture. Click HERE to watch Caribbean Fashion Week online at Vice.com.

The Raindance Film Festival is on until October 7th.  Click HERE to read our preview about it.

Something you should see…The Veteran