Somewhere you should go… Shirley MacLaine Season at BFI Southbank

The timing could not be more perfect. Recently, Shirley MacLaine became the 40th recipient of the prestigious American Film Institute’s Life Achievement Award – and from June 15th film lovers will get the chance to enjoy some of MacLaine’s most glowing appearances on the big screen at BFI Southbank.

As we have come to expect from a BFI event, the selection of films is highly eclectic. Undisputedly though, the jewel in the crown is Billy Wilder’s The Apartment. Widely regarded as one of the best films ever made, it offers almost everything one is looking for in a movie: a great script, a strong dose of sophisticated humour, a wonderful chemistry between the two leads (MacLaine and Jack Lemmon) not to mention the most romantic ending ever committed to celluloid. A harrowing but equally powerful finale can be found in Some Came Running. The tragic love story of Dave Hirsh (Frank Sinatra) , an alcoholic and bitter war veteran who returns to his home town, and Ginnie Moorehead (MacLaine) a simple factory girl who idolises him, becomes alive in the hands of Vincente Minnelli, a master of melodrama, a visual as well as an emotional tour de force. 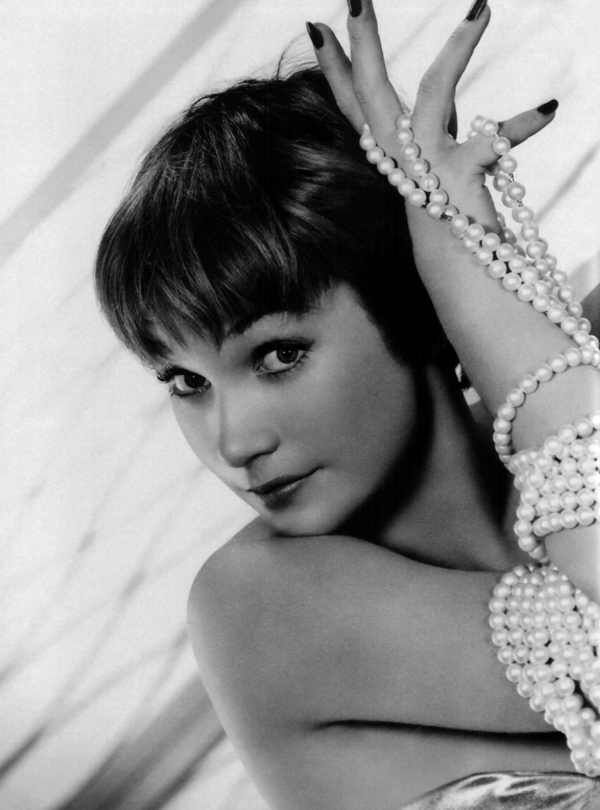 The two other stone-cold masterpieces that will be screened in this event are: The Children’s Hour and Being There. In the former, MacLaine gives arguably the best performance of her career alongside Audrey Hepburn,   while the latter, directed by cult filmmaker Hal Ashby (Harold and Maude) moves effortlessly between joy and sadness. It tells the story of a gardener (Peter Sellers) who has never left the comfort of the inside of his house but when he is forced to leave, he is promptly run over by a car owned by an elderly business mogul (MacLaine). She takes him to her home to recover and soon a strong bond is forged between them.

This admirable balance between comedy and drama is achieved once again in Terms of Endearment. There are not many things to say about one of the most famous tearjerkers of all time that gave MacLaine her first and up to this date only Academy Award – just remember to bring your handkerchiefs.

MacLaine did not have just great acting skills but also admirable vocal chords. A case in point is the much-loved musical Sweet Charity directed by the genre’s king Bob Fosse. Just listen to her singing the classic tune If My Friends Could See Me Now and it is guaranteed that you will feel all fuzzy inside. So how did she follow this lurid love letter to New York? She starred in a western with feminist undertones alongside Clint Eastwood (pictured above). Two Mules for Sister Sara is a nice little curio that will be deeply enjoyed by anyone who always wanted to watch a cowboy and a nun joining forces in a film.

It is this admirable willingness of hers to try out her acting skills in different genres that is highlighted in this season. And this wonderful actress, now in the age of 78, has not shown any signs of succumbing into a comfort zone. Her latest film role was in a black comedy alongside Jack Black that was directed by indie wunderkind Richard Linklater, and we will next see her in the immensely popular drama TV series Downton Abbey. Perhaps her lifetime achievement award was given to her a little bit early. (Words: Apostolos Kostoulas)

The Shirley MacLaine season runs at the Southbank Centre from June 15-30. For the full listings visit the BFI website.

Somewhere you should go… Jean Grae at The Jazz Cafe, January 31st

Somewhere you should go… Spring Loaded 2012