Something you should see… The Soul of Flies

Directed by Jonathan Cenzual Burley, The Soul of Flies was nominated for ‘Best Film’ at the Sao Palo IFF Official Selection and was shown at the 55th BFI London Film Festival. El Alma de las Moscas, as it is known as in Spanish, is a visual feast where emotions are translated into moving picture that transforms the Spanish countryside into a glorious display. Shot in La Armuña in the Spanish Salamanca province, The Soul of Flies tells the tale of two half-brothers (Andrea Calabrese and Javier Sáez) who travel to their father’s funeral when they meet for the first time en route. 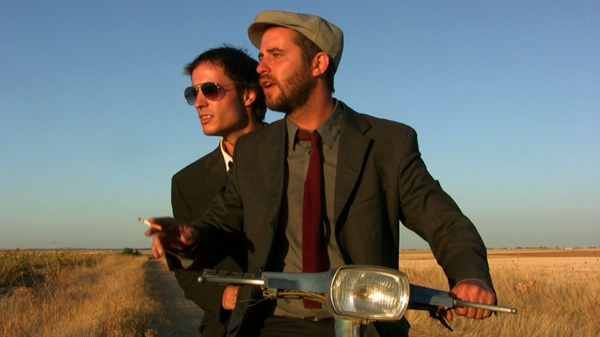 Interspersed with seemingly random episodes of tragic and happy incidents shaping their adventure interwoven into the story, the film is divided into chapters like a novella. As the brothers struggle  through their country’s barren lands with the limited transportation methods available – putting themselves in the way of motley crews of highwaymen, kinder strangers and a suicidal narcoleptic – they unwillingly embark on a remarkable journey of self-discovery and friendship. Haunted as they seem to be by unfounded desires, hope and dreams, the brothers’ physical journey mimics their spiritual paths as they begin to see certain events in their past for what they really are now. It is through poignancy and truth that The Soul of Flies shines, as Burley re-enacts the serendipitous nature of newfound relationships in dynamic dialogue – where it is often found.

Something you should see… Rust & Bone (London Film Festival)

Something you should do… London Cab Tours

Something you should see… Theatre Rites: Mojo