What we’ve been up to… Hai Street Kitchen, Leadenhall Market

Sushi burritos anyone? Yea, we never heard of ‘em either until an e-mail pinged into TCE’s inbox with news of a Japanese casual bar that’s attempting to revolutionise everything we ever knew about sushi (well maybe they’re not pitching their ambitions that high, but they’re certainly daring to be different). Hai Street Kitchen and Co is what we’d call Japanese-Mexican fusion with a light and quirky touch; tasty sushi rolls are prepped at a counter alá Chipotle and rolled in the style of a burrito – or served in a bowl – with an emphasis on fresh, Japanese and Mexican ingredients and speedy Gonzales service. 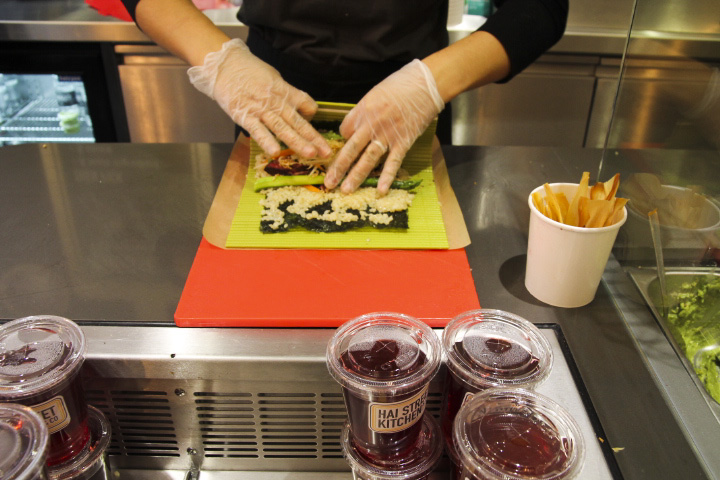 Clearly pitched at a city crowd who would appreciate both of those things at lunch time, it’s still worth a pop-in if you’re in the Leadenhall Market area, just for the chance to get your paws on these colossal rolls which might be a bit tricky to chow down at first bite – they’re really that big! – but it’s nothing a spoon, chopsticks and a few napkins can’t handle. We recommend the flank steak roll with asparagus, wasabi guacamole – and if you’re on the move, grab a bag of the super moreish yucca chips to snack on for later. 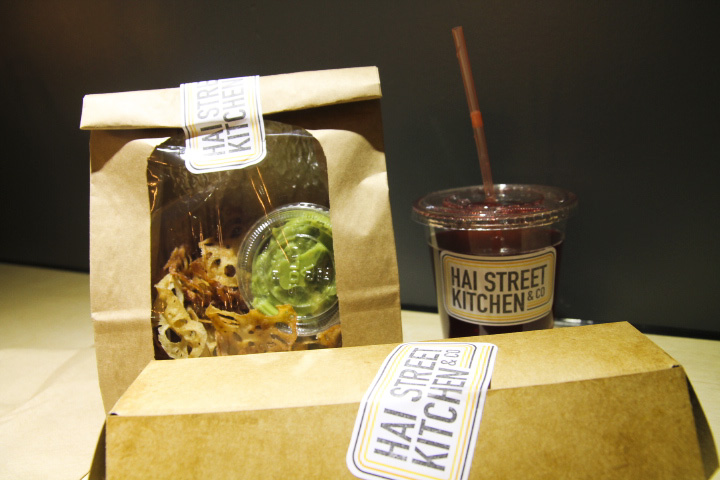