The award-winning Smashed is a cheeky and bizarre display of circus mastery presented by nine performers who act like they probably juggle in their sleep. In 60 minutes, 80 apples and four crockery sets are tossed with effortless precision, sometimes with one-hand, other times with the help of a fellow juggler in perfectly choreographed acts. It’s only in the murky narrative where the balls – intentionally or otherwise – tend to drop. Set at a tea party that confusingly touches on courtship, bullying and ageism, the show starts off prim and proper before descending into an awkward riot that, for all the clues in the title, you don’t quite see coming. But once the final apple is smashed and the show wraps up in a bemusing throwback to the show’s sophisticated start, you can only chuckle at such a bewildering end. A must-see this Spring. On until 18th May at Udderbelly Festival. For more info, visit: www.underbelly.co.uk. 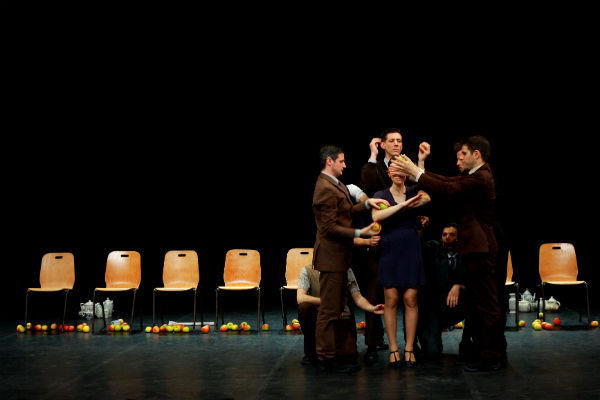