It begins with a bang. All of a sudden, a man is running for his life – through walls and space, in order to escape something. It’s only after a few moments that the audience realises that he is running on a treadmill, hovering above their heads…but it’s quickly descending, as the audience is far below the chaos taking place.

This explosion of energy is just the beginning; for the next hour and a half, Fuerzabruta’s electric blend of modern dance and theatrical performance will have the whole audience gazing up in wonder.  It’s an amazing show: and almost seven years ago, Fuerzabruta inaugurated the newly-opened Roundhouse as a performing space. Since then, the show has toured the globe, with a 5-year stop in New York. The show is still luring people into the chaos of dancing limbs, gravity-defying pools of water and the chance to walk on air as one of the talented performers pulls you through his or her “cloud in the sky.” 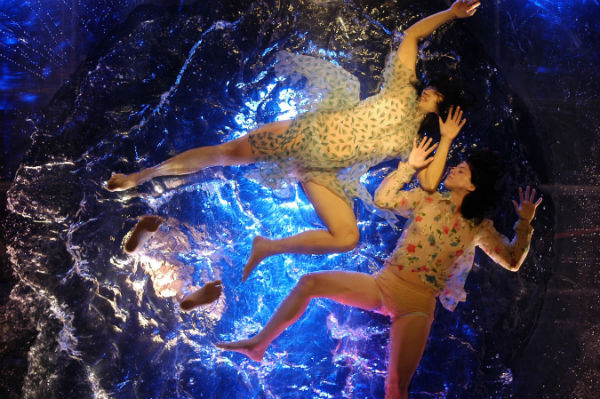 For 100 nights, visitors will find themselves huddled into the centre of the Roundshouse’s main hall wondering how performers are able to defy gravity with such ease. After a bit of neck strain comes on, the show suddenly turns into a bit of a night club. Loud music pulses through the room as visitors are encouraged to dance and smile. The show’s name means “brute force”, and the performers want visitors to not just see this force through their performances, but to also feel it and share it with others. (Words: Barbara Cole)
Fuerzabruta is playing until the 2nd March 2014 at the Roundhouse. There’s also a special New Year’s Eve show featuring the NYC Downlow DJs. For more info, visit: www.roundhouse.org.uk/fuerzabruta

Something You Should See… Martin Mull: Leap of Faith