Something you should see… Boy Blue Entertainment: The Five & the Prophecy of Prana

This new narrative work  mixes Hip-Hop, Manga and Martial arts. Sounds like a match made in heaven right? Based on the story by Manga artist Akio Tanaka, this award-winning dance troupe take all the colourful characters and breathes new dancing life into them. In previous productions, such as their most well-known Pied Piper, Boy Blue have received critical acclaim for their dynamic and physical feats and you can expect this to be no different. 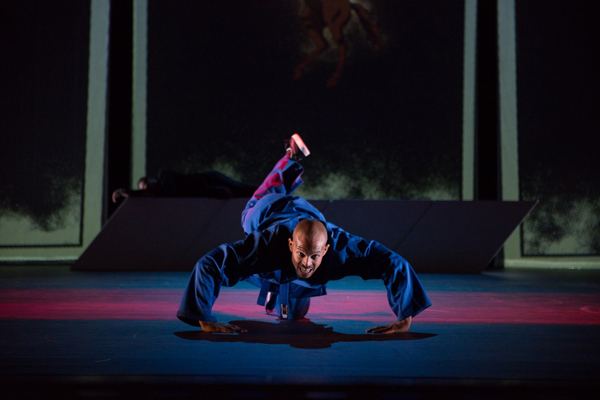 The story runs like this: a group of troublemakers (read: misunderstood freedom fighters) are sent to a rehabilitation camp run by suspected meany the Grand Master of the Pih Poh Fu martial art. Turns out though that he’s quite a good guy and is the protector of Prana, a warrior group who keep the peace. Threatened by an actual troublemaker, a disgruntled warrior who rebels against the order of Prana, the inmates must make a stand and put up a fight for good over evil.

So the stage is set for an epic performance. The choreography is by Kenrick ‘H2O’ Sandy and music is by Michael ‘Mikey J’ Asante, both of whom have spent the time reworking the narrative into an original story. And, with a list of celebrities he has worked with as long as his arm, you would expect nothing less than amazing from  Sandy. (Words: Laura Thornley)

Runs at the Barbican from October 22nd to November 2nd. For more info visit: http://www.barbican.org.uk/theatre/event-detail.asp?ID=14749

What we’ve been up to…Flow Festival, Finland 2011

Something You Should See… Nicholas Alvis Vega: Nymphae Nymphalidae at Rove Gallery