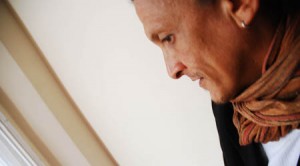 Clinton Jordaan is originally from South Africa, but has been a London resident for about 10 years. He’s been interested in photography just as long, but got into it seriously after picking up his first digital compact, a Nikon Cool Pix. Since then, he’s upgraded to a Nikon DSLR and has an endless collection of lenses (which never seems to be enough!), while his interest in photography is largely influenced by his studies in architecture – as such, his work tends to revolve around built forms or inhabited spaces as a subject.

“I love London, but love getting out of it even more, and one of my most inspiring destinations has got be India. It’s a country with a multifaceted composition, which sometimes shocks, but more often than not amazes and humbles you. Traditions are still strong in India, and the one thing that seems to flow through every aspect of life is their religion, Hinduism. Varanasi, also known as the city of Shiva, is a place that portrays this view well.”

Click here to see Clinton’s images on our Tumblr and click here to read his travel tips to Varanasi!