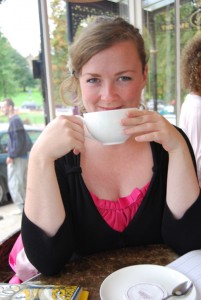 Becky lives in Nottingham, UK and has been shooting since she got her first point and shoot at the age of 10. She fell in love with photography as soon as she got her first prints back from the developers and it hasn’t lost that magic for her since. She believes that the move into digital photography has opened up the opportunity to experiment, to take a lot more photographs and to still have that magic when you first see them up on the screen. She particularly enjoys travel photography, with an emphasis on city locations, signs and buildings – but her favourite photographs are always linked to people. For Becky, living and enjoying the travel experience comes first, rather than feeling like she’s spent the whole trip behind the lens.

“Cuba is a country I have wanted to visit for a really long time and I was especially keen to go while Castro was still alive and involved in their government. It’s a country with a really rich political history, a wonderful musical reputation, lots of dancing and beautiful architecture – how could you not want to visit?! In particular I was interested in seeing a communist country in action, to see how this ideology which is almost forgotten in the west, could translate into a living, breathing, working country and whether it really would be or feel that different.
Cuba is a truly fascinating country. We met a man sitting on a park bench as we had a little break in Havana who said he thought his country was like a living museum, a statement which is both poetic and true. Then he offered to sell us some cigars. That’s Cuba.”

Click here to see Becky’s images on our Tumblr and click here to read her travel tips to Cuba!