If you thought Shoreditch had the monopoly on all the hippest nights in town, you clearly haven’t hit up YoYos at Notting Hill Arts Club.  Hosted by DJs Seb Chew and Leo Greenslade, the super-popular night – which is an acronym for You’re Only Young Once –  has been going on for nine years strong, earning a rep for pulling off the liveliest parties you’d least expect for a Thursday night.   Up and comers dominate the early part of the evening with acoustic performances, followed by an unpredictable mashup of  hip-hop, dubstep and bassline-heavy music from the resident DJs and the odd super-star guest, such as A Tribe Called Quest’s Q-Tip on June 16th (check out our photo gallery here).  So with the music being ridiculously superb, expect to see the young and stylish crowd mounting tables and chairs in the spirit of a good ol’ fashioned house party – and if you can get over the guest-list only policy, the photo ID and painfully lengthy queues, you’ll pretty much get with this! 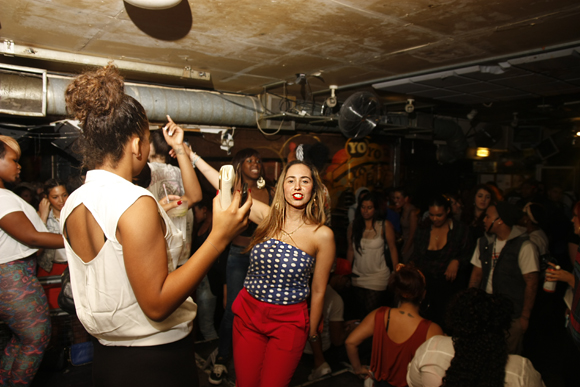 Somewhere you should go… Jazz Re:fest

Win a pair of tickets to Spin London!

Four things I loved about Garage Classical at Barbican