The BFI London Film Festival should not need any introduction. Now in its 58th year, it has secured a permanent place in our hearts with its eclectic line-up of major motion pictures and exciting cinematic surprises. So without further ado, here’s a  guide to our picks in this year’s festivals, divided into our five categories to help you navigate through this wonderful celebration of cinema:

The Joy and Pain of Being Young

Films that deal with the turbulent nature of youth are also perennial in film festivals aiming directly to the viewer’s heart. The best of them also engage our mind. Take for example Girlhood which shares a realistic view of what it means to be a young black female growing up in an underprivileged suburb of Paris, or Dear White People that depicts the lives of four black students at an Ivy League college in Obama’s ‘post-racial’ America. 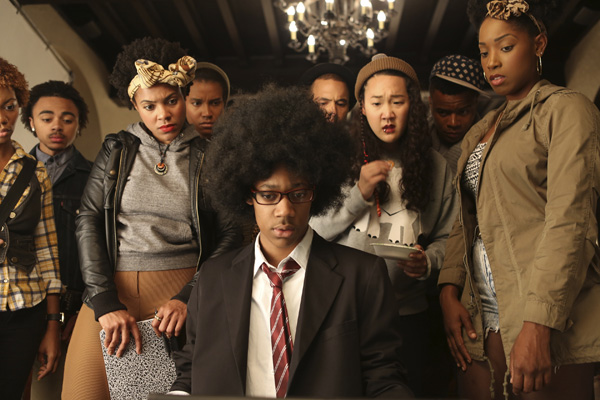 With a sense of humour that does not conceal the anger of the writer-director Justin Simien in his feature length debut, it brings to mind the explosive beginning of Spike Lee’s career. Equally engrossing is another first feature film, The Tribe that does not only successfully mixes a coming-of –age story with intense sexuality and violence but also contains no spoken dialogue but only sign language since it features a cast of young deaf actors. If we are talking though about provocative depictions of youth sexuality, we must mention Gregg Araki whose whole oeuvre revolves around horny teenagers. White Bird in a Blizzard then, will definitely satisfy the fans of the surrealistic images of the director as for newcomers the chance to watch Eva Green gloriously overacting as an unhinged mother who turns her teenage daughter’s life into chaos when she suddenly disappears should be worth the admission fee alone.

The new Chanel exhibition is now open at the Saatchi Gallery

A guide to the 57th BFI London Film Festival

What we’ve been up to… Rocket, Holborn