Revolutionising the concept of Indian cuisine has been the key to Atul Kochhar’s success since moving to Britain as a young chef in the early ’90s.

He made history as the first Indian chef to receive a Michelin star for his debut London restaurant Tamarind in 2001.

Six years later, he picked up another accolade for his second venture, Benares, in 2007.

The Mayfair restaurant is the inspiration for his fourth cookbook, which aims to share his unique approach to fine dining.

The 44-year-old chef and restaurateur spoke to Reuters about growing up in India, his philosophy of cuisine, and his tips for cooking at home. 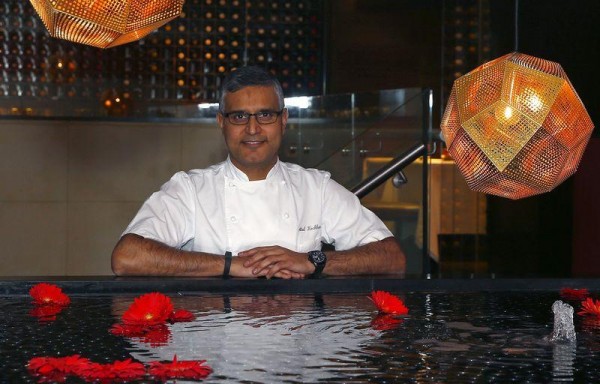 Q: In India, you grew up in a foodie family. Did you automatically want to become a chef?

A: No, I wanted to be a cricketer but that didn’t happen unfortunately. Growing up in a household where there were six of us –- five sisters and a younger brother — food was always around us. India produces around 2,000 varieties of mangos, and going through different mangoes through the seasons was a heck of a thing. My family was very into it; my dad was very passionate about mangoes. He would make us taste them and that was a great learning.

Q: What did you want to achieve when you moved to Britain?

A: When I arrived, I saw Indian food really in the dark ages. The way it was seen here, it was just curry. But I landed in the right place at the right time. The UK was about to become the melting pot of cuisines. There were chefs like Marco Pierre White, Gordon Ramsey, chef Nico Ladenis, many more … they were just changing the cuisine in this country and I kind of became part of the movement.

Q: As Benares is the subject of your new cookbook, what contributions do you feel the restaurant has made to the British food scene?

A: We have adapted and adopted — both the culture, the cuisine, the ingredients, everything and brought two diverse cultures closer … We see ourselves as a British Indian restaurant and we’re very proud of it.

Q: We’ve seen an influx of food trends in Britain in the past decade. Has that affected they way you cook now?

A: To me, it’s inspirational. There are ingredients that are not from my cuisine, but I’m motivated to bring that into my food. Something like chia seeds, which is a hotly debated topic at the moment. It’s a super food and we use chia seed in making a drink in India. But I created a dessert out of it … So, you come back into main play again and you’re on trend.

Q: What are your tips for cooking Indian style cuisine?

A: The simpler, the better. And get to know spices and start cooking with them. Always use them as if you’re using salt and pepper. If you go beyond that, perhaps you’ll shock your system and you won’t go back to do it. 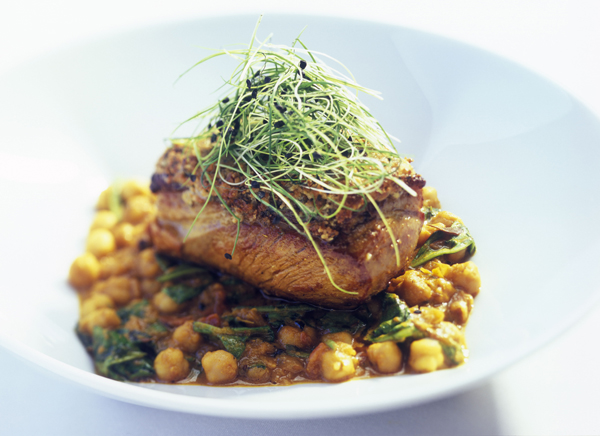 This is a very traditional recipe of meat curry though instead of using diced meat I have used lamb rump. This only changes the appearance of the preparation but not the flavour profile.

Soak chickpeas in water and salt overnight. Drain the water and start with fresh water and spices and boil the chickpeas until cooked. Set aside until required.

Add chickpeas and simmer until lamb is 3/4 cooked. Separate the rump from the chickpeas. Brush the rump with Dijon mustard paste and roll it over crackled-pounded spices. Roast in medium hot oven for 5-6 minutes and remove. Place chickpeas and sit rump on top garnished with mixed cress. Serve hot with some rice or bread.