Something you should see… Marlene Dumas: The Image as Burden

South African born artist Marlene Dumas gets the retrospective treatment at Tate Modern this February. Having come to prominence in the 1980s, Dumas is now widely considered as one of the greatest female painters working today and a complete devotee to her medium. This exhibition may well be contemporary painting at its best.

Throughout the modern period,  the medium of painting has been at odds with the development of photography and mass media. But Dumas has always believed in the power of painting and continually uses it to play with the complexities of representing the human form: painting still touches us, she believes, despite its years of turmoil. 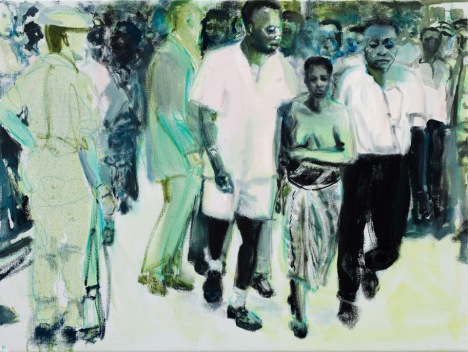 Still, while devoted to this style of art, one of Dumas’ biggest inspirations is photography and specifically the work of Diane Arbus. Her work similarly explores ideas around sexuality, popular culture, current affairs and identity. Almost always she takes her subject matter from a photograph or her images are torn from magazines. Figures are taken out of their context and isolated on her canvas.

Dumas continually references contemporary life and her subject matter is often current, and occasionally controversial: Amy Winehouse, Naomi Campbell, Princess Diana, even Osama bin Laden have all been presented in a fashion. Her work may also touch on some of the anxieties and trauma that haunt our society, but its beauty is truly moving. Not to be missed. (Words: Laura Thornley)

On until 10 May 2015. For more info visit: http://www.tate.org.uk/whats-on/tate-modern/exhibition/marlene-dumas-image-burden

Something you should see… Once Upon A Time in Anatolia

Something you should see… We Have a Pope

Something you should see….Robert Rauschenberg: Jammers, Gagosian Gallery