The landmark film directed by Spike Lee back in 1989 is a shocking 25 years old… how time flies. The sizzling streets of London (okay, by English standards) at present make the boiling point of Bed-Stuy feel a mere sweat bead away; a rush hour tube ride can easily send the tensions of urban life sky high. To celebrate this award-winning film, Thenublk and We Are Parable are hosting a screening and block party in the heart of Dalston, set between the Rio cinema and a cool little hang out called Shutterbug.

The message in Do the Right Thing is hard-hitting even by today’s standards. Funny, entertaining but culminating in tragedy, it’s no surprise Lee won a plethora of accolades for this film and was awarded a place in the preservation archive of the American National Film Registry. The storyline explores rising racial tensions on a New York street in Brooklyn, on the hottest day of the year. Significantly, the film features rising stars of the day, including Samuel L. Jackson, Rosie Perez, Martin Lawrence and Danny Aiello. Lee himself plays the main role of Mookie, a pizza delivery guy who works in the neighbourhood’s Italian restaurant. 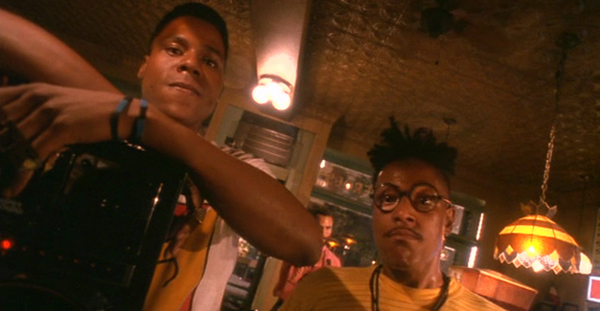 The party kicks off at 4pm and aims to bring the music and scene of Do the Right Thing back to life. The joint will be channeled through the power of pizza, chalk murals and of course, the all-important dance-off. Attendees can style it up to their hearts content with prizes galore for those who embody the spirit of the film. (Words: Laura Thornley)

Somewhere you should eat… Jose, Bermondsey

Something you should see… Leonardo Da Vinci at the National Gallery

Counting down to Jazz Re:Fest

Leave your tips and win: tickets to see Submotion Orchestra on October 31st!