Something you should see… The Merchant of Venice at Almeida Theatre

If given an opportunity to imagine the perfect modern day setting for the money-driven and most controversial of Shakespeare’s plays, no doubt Las Vegas would be one of the first places on people’s minds. Independently well-known for taking its own metaphorical ‘pound of flesh’, the Vegas setting brings this modern version of The Merchant of Venice up to date and exposes the fickle, financially-driven, ‘comedic’ chaos against the gawdy backdrop of infamous sin city. This modern day reworking comes from the Royal Shakespeare Company and has already enjoyed critical praise during its tour in 2011. Rehoused now under the Almeida theatre and under the watchful eye of their creative director (and director of this Royal Shakespeare production) Rupert Goold, this production will

no doubt further cement the Almeida as one of the most interesting theatres in London. 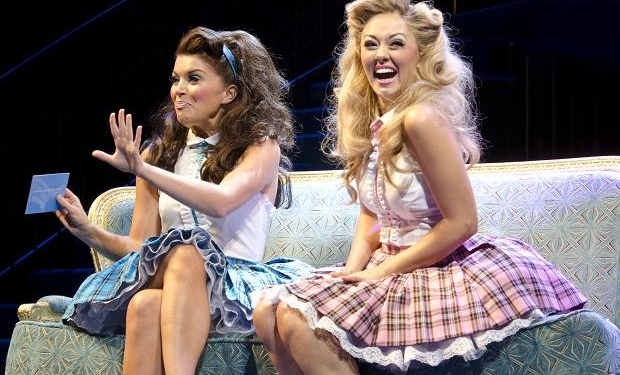 If you are a Shakespeare traditionalist you may want to brace yourself. Not only is this version swapping its canals for desert, it’s also repositioning Antonio as a homosexual gambler in love with Bassanio and Portia as the prize on a TV show named Destiny. But, this is what Goold does and with astonishing success. His much-praised version of Macbeth from 2010 was relocated to the Soviet Union and the witches presented as hospital nurses. The reworking of these old tales re-establishes them and their relevance to a different time. The character of Shylock, who is continually at the centre of debates around anti-Semitism, becomes a casino owner with a servant who is an Elvis impersonator. His treatment and eventual (spoiler!) trial exposes the farcical system that makes these judgements in the first instance, and where better to make this point than in a town renowned for debauchery, excess (of all kinds), yet filled with chapels? Goold’s hyper version of this strange and controversial play is a must-see and runs until 14th February 2015. (Words: Laura Thornley) For more info visit: http://www.almeida.co.uk/event/themerchantofvenice

Something you should see…In A Better World

Somewhere you should go…Nobrow Shop and Gallery

Something you should see… Jamel Shabazz Street Photographer + Q&A, BFI

Something you should see…Fire In Babylon

My weekend in pictures: November 7 and 8