Somewhere you should go… Pharrell Williams at O2

Despite the controversy of his recent Thicke association (you know what I mean) it seems Pharrell Williams can do no wrong. Even if his presence in Blurred Lines  sent shivers down your feminist spine, or you can hear the repetitive beat that sounds like  a certain soul singer’s 70s hit, the truth is, he is doing plenty other things that eclipse these dubious contacts. Whether he is working with Daft Punk, producing close to 25% of UK singles or picking up yet another Grammy, Williams is quickly becoming one of the most acclaimed men in music. His two-night stint at the O2 arena  presents an opportunity to witness him in action. 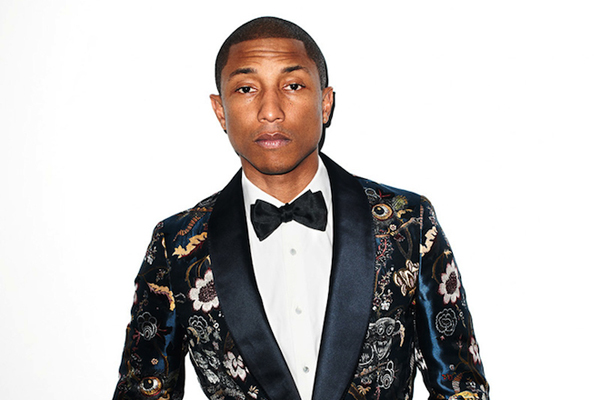 It’ll also be a chance to sing-a-long to his recent hit Happy, which became one of the biggest selling singles of all time, with worldwide sales of around 10 million copies. The song was accompanied with the first 24 hour music video consisting of people dancing around LA, including the star himself and some cameo appearances from the likes of Kelly Osborne, Magic Johnson and Jamie Foxx. The video concept started a torrent of copycat videos from cities around the world including Paris, New Zealand and Iran. Whilst his O2 shows may not be 24 hours, his recent gig at the iTunes festival in London was proof you can expect a full CV of hits from his career. So like him or loathe him, Pharrell is on fire and you’d be mad to miss him. (Words: Laura Thornley)

Something you should see… The Tree of Life

Something you should see…Barbaric Genius

What we’ve been up to… Gromit Unleashed, Bristol

Something you should see… History is Now

Something you should see… Weekend (London Film Festival)