Something you should see… Howl 2.0

Allen Ginsberg’s seminal poem was first performed in 1956,  and along with other Beat poet performers, it has experienced a resurgence of sorts in the last few years. The Beat generation – a group of spoken word, poets and writers in the 50s – weren’t known for their line-towing antics so there remains an air of cool, rebellious kudos in a remake of their work. Oh, and it just so happens their work was revolutionary and has influenced the youth of every generation in its wake too. Perhaps that’s why the organisation Poejazzi has decided it was high time they take on Howl (mark 2 to them) and infuse it with their own visuals and music. 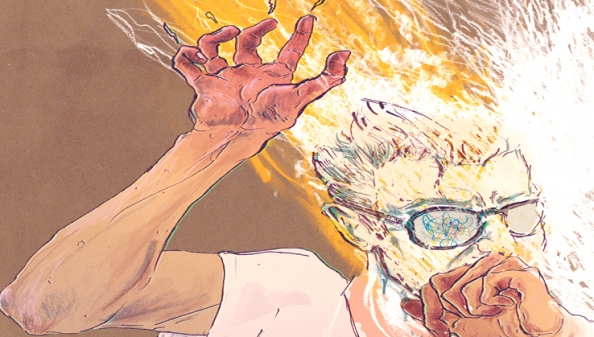 Founded by Joshua Idehen, Poejazzi is an organisation dedicated to spoken word and music. It is widely regarded as a leading platform for events, debate and writing on the spoken word genre. Their version of Howl was first performed at the Last Word Festival 2013 and enjoyed a sell out run. No surprises then that the Roundhouse in Camden has brought it back for a two-day stint.

The boldness and bravery of Ginsberg’s poem led to an obscenity trial back in the 1950s. His words split society and pushed the boundaries of the prevailing Victorian values that dominated back then. His publisher’s won their case and fixed Howl’s place in history. Perhaps tame now by our contemporary standards (the majority of the trial was based on a single sentence), it is nonetheless a poem that has resonated through the decades and is as powerful as the day it was written. (Words: Laura Thornley)

On from 29 and 30 May at the Roundhouse. For more info: www.roundhouse.org.uk/whats-on/spoken-word-theatre-and-storytelling/howl-2.0

Something you should see…Broken Lines

What we’ve been up to… Vault Festival

Somewhere you should go… Shout Out! UK Pirate Radio in the 1980s

Something you should see… Siobhan Davies presents ROTOR

Something you should do… have a ‘wish list’ day