Something you should see… Hello, My Name is Paul Smith

Those stripes. Quintessentially British and popping up in the most unexpected places, those stripes have long been associated with the witty and quirky world of British design. No, it’s not the stripes of the Union Jack. Instead, these stripes cover a rainbow of colours, but are still immediately identifiable around the world as the hallmark of designer Paul Smith. For over 40 years, the designer has been lovingly designing not only clothes but objects ranging from cars to water bottles, all while  maintaining a close role in the global brand that shares his name. 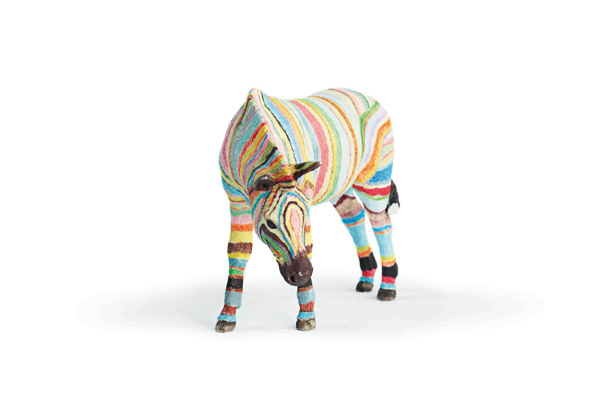 To celebrate his long career, the Design Museum is mounting the elaborate exhibition Hello, My Name is Paul Smith. Curated along with the designer himself, this comprehensive look at his career will not just serve as an overview of what he has created, but also allow visitors into his creative process and commercial ventures. It will feature a recreation of his first store in Nottingham, only 3 square metres in size, as well as an installation of his present office, famous for its kooky features such as bikes, toys, book, and curiosities from around the world (including such things as a nativity scene made from peanuts by a Belgian fan and a box of spinning tops). Visitors will also get to step into a room dubbed “Inside Paul’s Head” that will transport them straight into the psyche of the humorous designer. (Words: Barbara Cole)

What we’ve been up to… cheering at the London Marathon, Mile 21