What we’ve been up to… Puma Yard + Social club at The Boiler House, Brick Lane

We’ve seen the opening ceremony (go Danny Boyle!), Team GB are now doing the thing, and if, like me, you’re a fan of the fastest man in the world, you’ll probably be looking forward to seeing Usain Bolt spray everyone with his dust at the 100m final on August 5th. Until then, the good folks at Puma are giving us Londoners the chance to honour the Jamaican sprinter and his country in fine fashion at Puma Yard at The Boiler House on Brick Lane.

From now until August 12th, those with tickets can enjoy all things sporty (and Jamaican) with a hive of activities and events in the day time (the Puma Yard) and the evening (the social club) including Pongathon, dominoes and chess, the “Everyone Can Bolt Speed Test” (brilliantly speaks for itself), top tunes courtesy of resident DJ Jillionaire and other special gigs, screenings and launches.

We swung by the Grand Opening Party on July 27th where we peeped the opening Olympic proceedings, tucked into rice & peas and curry goat (never fails), enjoyed quality rum cocktails and got a hold of inflatable “Bolt Arms” just in time to see headliner Groove Armada “mash up the dance” with support from Redlight and Kissy Sell Out. 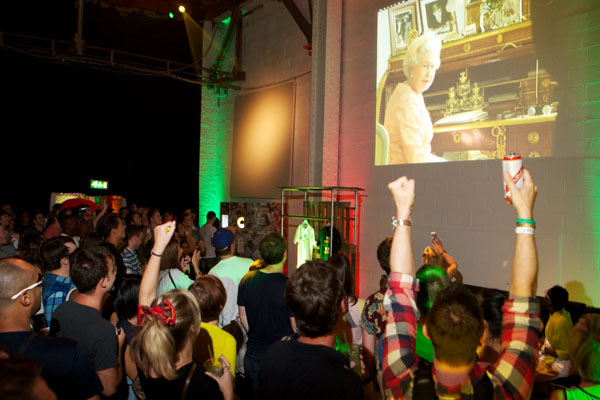 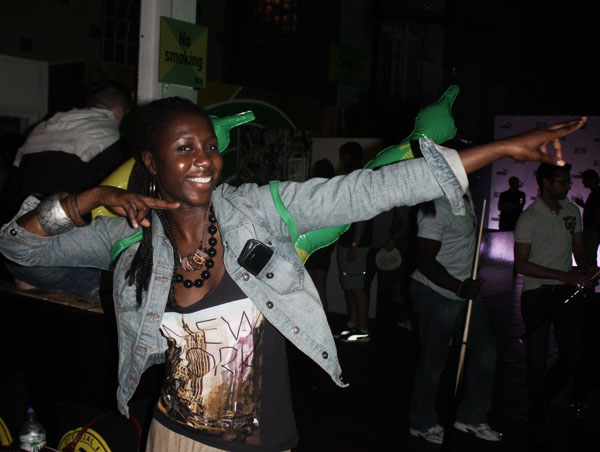 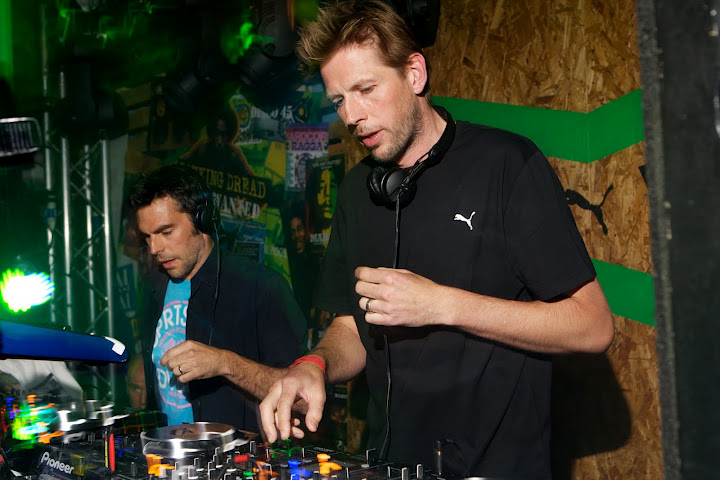 It was a big night, so next on our Puma Yard schedule is:

Monday, August 6 – 50th Anniversary of Jamaican Independence Party –  DJ Robbo Ranx will be the host, but the highlights of the night is a live performance from Gyptian and  sets from Trojan Soundsystem and Saxon Sounds – big!

Saturday, August 11 – PUMA Social Presents…Professor Green – We like a little Professor Green, but there’s also performances on the night from Clement Marfo &The Frontline, Ruby Goe, while our fave DJ Trevor Nelson will be getting down on the ones and twos.

Sunday, August 12 – Norman Jay’s Good Times at the PUMA YARD – Norman Jay can do no wrong, and he’s joined by the legendary David Rodigan for the PY finale. 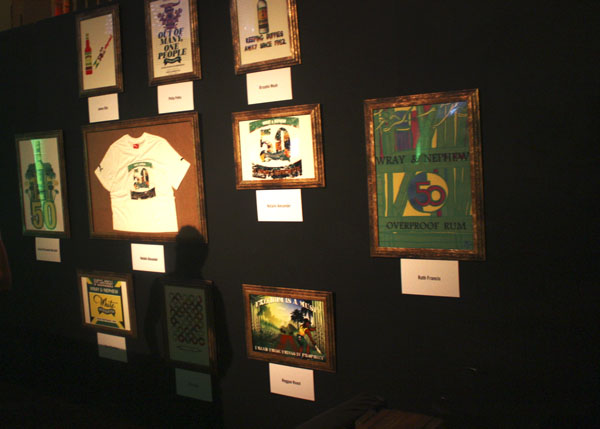 Tickets for the evening social club events were gone in 60 seconds on release, but you can get your hands on the last remaining Puma Yard tickets. The Puma Yard runs from 12:30-9:30pm daily and gives you access to the outdoor backyard which includes food stalls, a beach bar, recreational areas, giant TV screens, a shop and the Everyone Can Bolt Speed Test.

Click the dates below to get your tickets before they go!

Something you should see… The Rum Diary

Something You Should See… The Grand Entrance Tunnel