Something you should see… George Bellows: Modern American Life at the Royal Academy

When George Bellows died at the age of 42 from a ruptured appendix, he was acclaimed as one of America’s greatest realist artists. Now British audiences have the chance to see what all the fuss was about this month at the Royal Academy. The exhibition, which is the first UK retrospective of his career, explores the principal themes in Bellows’ work and includes both drawings and paintings, as well as lithographs. 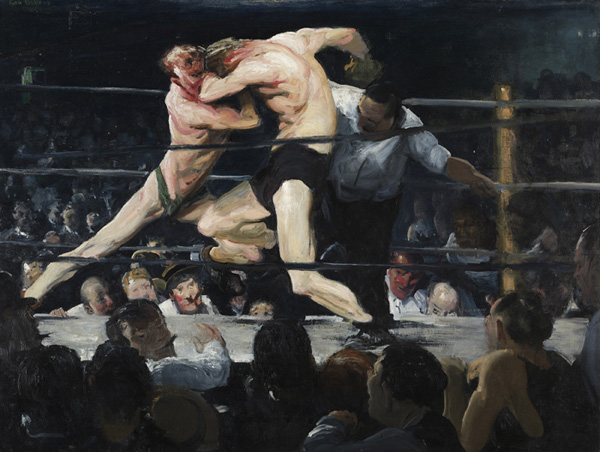 New York’s urban landscape – its people and places provided the setting for Bellows unflinching portrayal of early 20th century America. From the lawless violence of the boxing ring to gritty scenes of tenement life, to cityscapes and social scenes – he painted them all. Visitors to the Royal Academy can view life in New York and its diversity of inhabitants, as it emerged into the 20th century – from the 71 works on show. Bellows is best known for his boxing paintings and the exhibition includes his most famous work Stag at Sharkey’s (1909). The painting depicts a brutal underground bout at one of New York’s ‘private’ clubs on Broadway. The frenzied energy and raw aggression captured by Bellows in his early fight scenes
helped to establish his reputation as a ‘formidable’ painter in New York art circles. 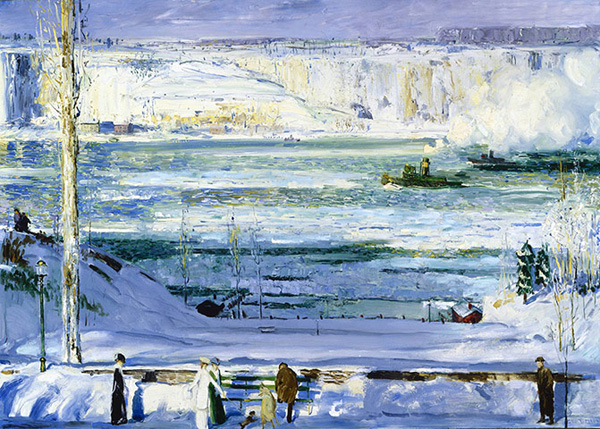 Thought of as the ‘all-American painter’, the variety of subject matter suggest Bellows was a more complex artist who was attuned to the social and political issues of the day. Lithographs Bellows produced for leftwing publications and paintings showing German atrocities during the First World War – both included in the show, attest to the social conscience for which he is known. Those looking for some light relief from the depressing studies of daily city life should seek out Bellows’ scenic paintings of Manhattan under snow and portraits of summer fetes in Central Park. George Bellows left an extensive body of work for what was a short career, so here’s a great opportunity to see some of those works and find out why this American painter was so highly praised. (Words: Eri Otite) George Bellows (1882-1925): Modern American Life is on at the Royal Academy from 16 March – 9 June. For more info, visit www.royalacademy.org.uk

Something you should see… Once Upon A Time in Anatolia

Something you should see… To Kill a Mockingbird