What we’ve been up to… Thriller Live at Lyric Theatre

If Michael Jackson was still alive, he would have recently celebrated his 55th birthday. It’s an age which would’ve easily been acceptable for retirement given his riches, achievements and  line of work (although the late James Brown thought otherwise, still pulling out the odd shuffle and shimmy up until his 73rd birthday, bless him). Yet, despite Jackson’s ambitions with the 2009 This Is It tour passing away that same year, many would agree that his best years would always remain in an era where the brilliance of the music preceded the fancy footwork, as iconic as it would later become. It’s a point made in Thriller Live, a fun, feel-good two and a half show that celebrates the King of Pop’s music and legacy, with the help of rotating singers/hosts, dancers, a kid (playing lil’ Michael of course) and a pretty convincing impersonator in singer David Jordan. Though the rest of the leads are a bit hit and miss at times (with the exception of the sensational Miranda Wilford and Britt Quinton), the dancers never skip a beat, pulling off amazing displays to bring to life hits like ABC, Shake Your Body, Don’t Stop Til’ You Get Enough and Can You Feel It in Act 1. 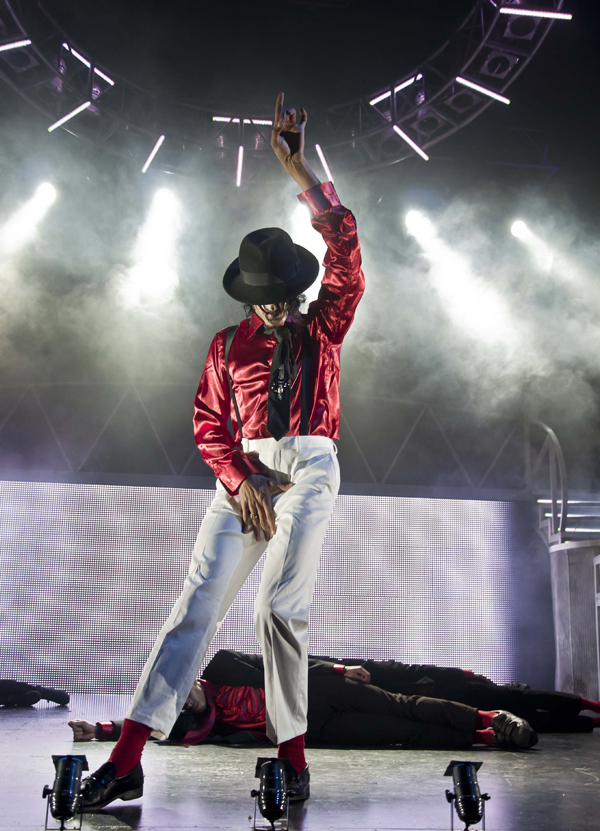 In Act 2, the crowd are treated to a mix of songs from Bad, Dangerous and HIStory: Past, Present and Future, Book 1  – with Smooth Criminal and Billie Jean being the undeniable highlights of the section – but the Thriller performance makes its mark, with zombies running through the audience and that legendary dance executed to perfection. The show doesn’t end here, however, and there’s an extra performance of Bad and Black or White before a sensational reprise of Smooth Criminal and Thriller wrap up what’s not only been an amazing sing and dance-a-long, but the sort of heartfelt tribute that Michael Jackson himself would have been proud of – especially as it’s his music that does all the work. One for the weekend.

Discover the shape of things to come at FutureFest

Something you should see… A Quiet American – Ralph Rucci & Paris

Somewhere you should go… Flying Lotus at the Roundhouse