Imagine multi-screen mixed media presentations fused with music and set in the dark – this is not the latest VJing event but a new exhibition on expanded cinema. This film movement, which came to prominence in Britain in the early 1970s, was conceived as an alternative to mainstream cinema. Expanded cinema films were experimental works that encompassed film, video, sound and performance. They were made as live projection events, often using 16mm projectors and almost always performed in the dark. Through these films,  artists sought to challenge the conventions of spectatorship and the filmmaking process. On at the Camden Arts Centre, this group show has been curated by artist-filmmaker Guy Sherwin and includes both seminal works from the 1970s and more contemporary pieces. 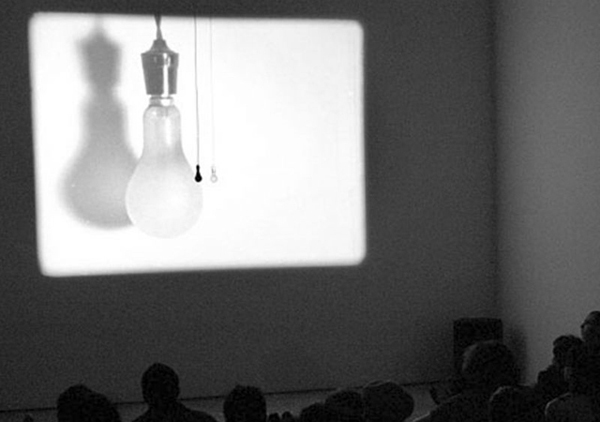 Anyone fortunate enough to have seen and experienced Filmaktion at Tate Modern recently will be familiar with the work of Malcolm Le Grice. Recognised as a major figure in the development of experimental film in the UK, Le Grice’s Castle 1 (1966) or ‘the light bulb film’ is a must-see at this show. Le Grice has said his ‘main interest is in creating experiences rather than concepts’ and this collaged film is just one of a number of works seeking to bring the cinematic experience consciously into the space of the audience. Le Grice’s unconventional use of sound in the editing process of this film cannot go without a mention. William Raban, Gill Eatherley and Annabel Nicolson – Le Grice’s Filmaktion contemporaries – are also represented in this exhibition not only by film but by text and images. 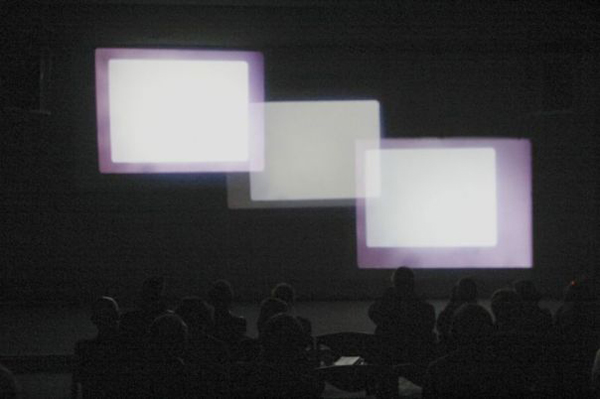 Original expanded cinema works were never produced for a gallery, in keeping with the movement’s radical intent they were shown in more unusual spaces – so several of the earlier films on view have been modified. An expanded cinema exhibition without any live performances possibly misses the point, so a programme of live events does feature throughout its run. There are those who’d argue that expanded cinema is all around us – we are quite used to seeing moving images in a gallery setting but these flicks really are pictures of a different kind. (Words: Eri Otite)

Film in Space is on at the Camden Arts Centre  until February 24 2013. For more info, visit www.camdenartscentre.org

My weekend in pictures: November 21

Somewhere you should go… Shore Leave