Anish Kapoor returns to the familiar environs of London’s Lisson Gallery with a major exhibition of new works. Recognised as one of the most influential sculptors of his generation, the solo show takes over both spaces of the gallery – and being Anish Kapoor,  the backyard too. The Turner Prize winner’s engagement with colour, volume, scale and form over the decades has produced works of real invention  – from powdered pigment mounds to gigantic steel installations. This spirit of ingenuity continues with organic-like-pieces created from mud, cement and metallic pigment and new concrete sculptures. 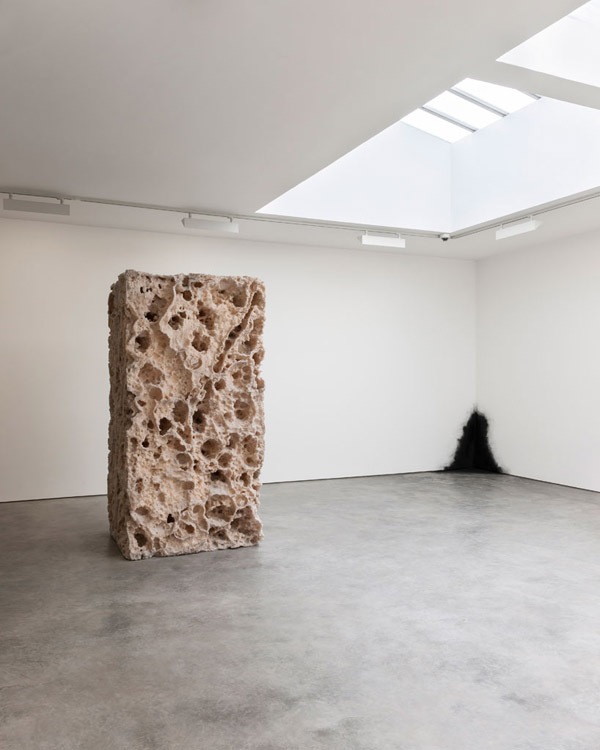 Born in India, Kapoor established himself as an artist during the 1980s, with his seminal 1000 Names series. In these works, groups of indefinable structures were completely covered in the loose powder of bright coloured pigments. Kapoor’s investigation into colour in his earlier pigmented pieces serve as the reference point for the dome forms that appear in the exhibition. Other works featured in this month long show include a room specially constructed to induce ‘unease’ and a physically imposing steel sculpture located in the sculpture yard. There is much to see art-wise in the capital at the moment and Kapoor has already made his presence felt. Responsible for the most recent addition to the capital’s architectural landscape – the Orbit tower – it’s timely that his work should catch our attention again. (Words: Eri Otite)

Somewhere you should go… Freshly Scratched: A Christmas Show

Somewhere you should go…. Rudeboy Salon at Hospital Club