Something you should see… American Psycho: A New Musical Thriller

The festive season seems to have well and truly arrived, a fact clearly confirmed thanks to the inexhaustible droves of shoppers trawling central London on a mission to find the perfect gifts. As if in ode to this, the Almeida theatre’s annual Christmas theatre production has arrived, in the form of everyone’s favourite capitalist psychopath, Patrick Bateman.

The Almeida is well known for their testing Christmas productions. Forget sentiment and mulled wine, this fringe theatre likes to go left-field at Christmas, and there isn’t much more hard hitting than Brett Easton Ellis’ American Psycho. Set in the 1980s in the cut-throat financial world of New York, the story follows Patrick Bateman: a banker with it all – money, designer clothes, status – but his sordid secret life is enough to put even Jack Torrance to shame. 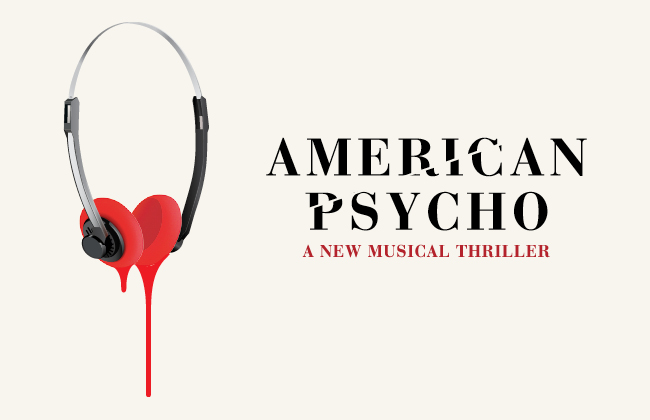 For those who are a little shy of the musical theatre, don’t be put off by the unusual pairing. The creative team behind this production are among the most talented on the scene right now and eternal perfectionists when it comes to making a serious musical. Duncan Sheik writes the purely electronic musical score echoing the synth obsession of the 1980s. Rupert Gould, in house art director at the Almeida, directs the stage play written by Roberto Aguirre-Sacasa, well-known for his musical Spiderman on Broadway. Taking the lead as Bateman is the recently abdicated Doctor Who, Matt Smith. An unusual choice? Well, perhaps not in so far as Bateman is as alien to humanity as it gets.

As music is key to the film, then a musical interpretation seems a natural step; and it couldn’t be in better hands. For all those who need an anecdote to the rampant consumerism of Christmas, there could be no better event. (Words: Laura Thornley)

On until January 25th, 2o14. For more info: www.almeida.co.uk/event/americanpsycho

Something you should see… Return of the Rudeboy

Something you should see…Ron Arad’s Curtain Call, Roundhouse

Somewhere you should go…Beach Blanket Babylon