London-dwellers, you and I can count ourselves among more than 80% of the British population now living in urban areas. Our own beloved city is the most diverse of Britain’s urban centres, with over a third of its population born outside of the UK. With so many people on the move around an increasingly globalised world, cities and their cultural identities are changing at a faster rate than ever before. Does there remain any collective idea of the city itself? Alan Brooks’ third exhibition at MOT International’s London gallery space is an exploration of the concept of the city, our personal perceptions of it, and what it might mean to us to inhabit one today. 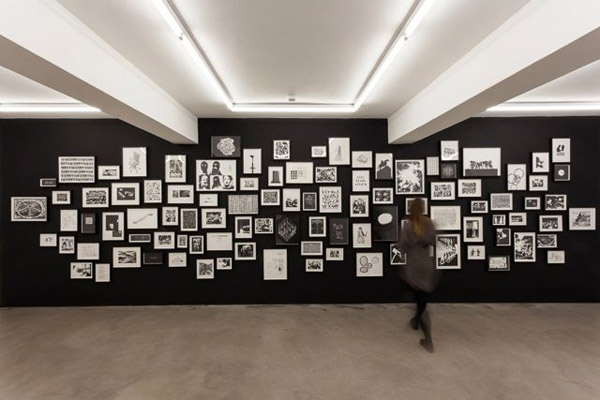 No less than one hundred drawings spread across a single black-painted wall of the small gallery. They vary in size and in content: images taken from gossip magazines and from newspapers are set beside floor plans and architectural drawings, and literary fragments sit with the toilet-wall scrawlings of an anonymous small-time vandal. Every one of them is carefully rendered in pencil crayon on paper – so we are told, but it’s hard to believe. Brooks deftly manipulates his simple materials to produce a startlingly broad range of effects to match the array of source materials on show.

Previous works by Brooks have exhibited the same eye-popping levels of labour. In his last show at MOTInternational, Brooks showed 48 pencilled portraits of an (all-male) selection of artists in front of their most famous artworks. Brooks was working from images of securely canonised, artist stars of the twentieth century and although his careful copies were technically impressive, they didn’t offer any new dimension to the sources. Brooks’ City, with its sprawling collection of cultural artefacts, is more open to interpretation. 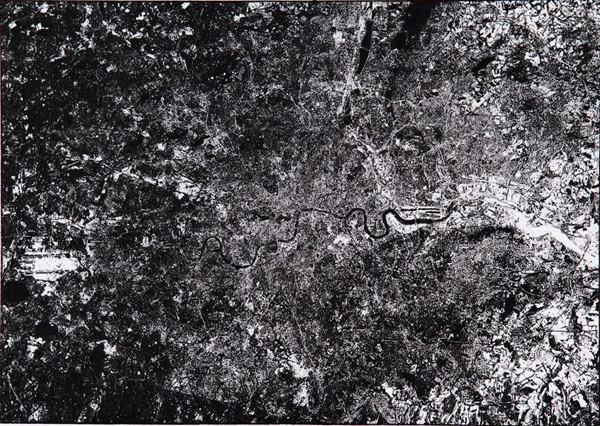 Brooks was inspired by The City: A Vision in Woodcuts, a striking pictorial novel by Belgian engraver Frans Masereel. Masereel’s bold, chunky Expressionist prints are formally a world away from Brooks’ obsessive, tightly executed pencil drawings. However both artists are united in navigating a path through the infinite narratives and histories embedded in the urban environment, and attempting to capture what it is to live in a City. (Words: Florence Ritter)

Something you should see… Propaganda: Power and Persuasion at the British Library

Something you should see… Babel

What we’ve been up to (in Paris)… The Centre Pompidou