The premise of Beats, written and performed by Kieran Hurley, may sound like any music lovers dystopian nightmare dreamt up by one of our much loved sci-fi writers (ala Margaret  Atwood or Kazuo Ishiguro) – but it is in fact based on real legislation passed in 1994 under John Major’s Tory government.

As a backlash against the free Castlemorton Common Festival of 1992, the Tories developed the Criminal Justice and Public Order Act 1994. Amongst other things, the legislation made criminal acts out of collective trespassing and nuisance on land and included sections against raves and ‘repetitive’ beats. Born out of an unfounded moral panic by a government who were suspicious of alternative communities, it sought to criminalise a non-threatening act, like playing music of a certain tempo in public. 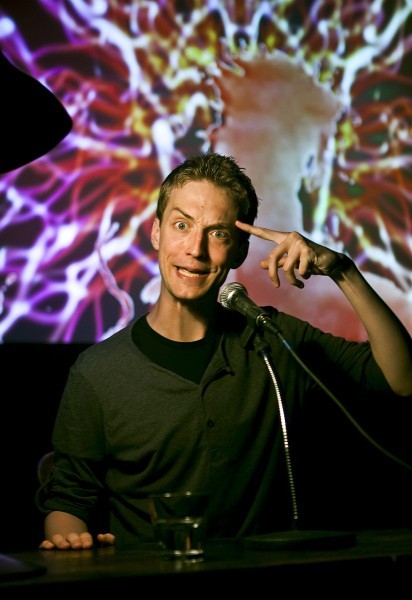 Kieran Hurley’s nearly one-man show takes a look at this moment in history in the form of a coming-of-age tale. It follows teenager Johnno McCreadie on a one-night journey into a world of violence, oppression and lots of pounding techno music. For those who can remember it all the first time round,  it will no doubt be a trip down memory lane, but whether you were there or not, it will certainly get you in the mood for a party.
The show features tracks from Josh Wink and the Orb, amongst other classics. The play  also won one of the Platform 18 Awards at the Arches BEHAVIOURS festival,  has already had a sell-out run in the Bush Theatre and earned plenty of respect from the critics, so there’s no doubt you’ll be in for a treat.  (Words: Laura Thornley)

Beats is on at the Albany Theatre on November 26th. For more info visit: http://www.thealbany.org.uk/event_detail/1052/Theatre/BEATS

A rebel with a cause: Ai Weiwei at the Royal Academy of Arts

What we’ve been up to (in Paris)… The Louvre