Something you should see… Propaganda: Power and Persuasion at the British Library

Although this may jeopardise my entire person, relationships and any respect I had earned from my peers, I am going to use it. That’s right, I urge thee to

Keep
Calm
and
head to
the British Library

…to find out why there is a million and one things emblazoned with this much-bastardised saying. 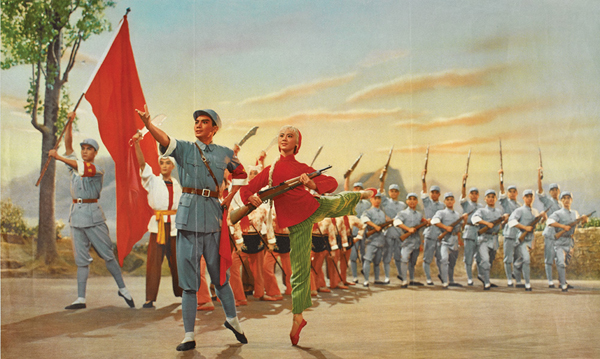 The British Library’s summer exhibition presents the first retrospective of the persuasive imagery of the twentieth and 21st century. Artworks on show will range from the nostalgic British factory recruitment of women, to the horrific imagery employed by the Nazi’s and Chinese Red Army party-lines.

The definition of propaganda is often difficult to pin down, powerful in its message and utterly one-sided in its view; if it’s on your side of the fence it can be viewed as fun, but if it comes from behind enemy lines, it takes on a very different shade. The exhibition attempts to demonstrate that the power of propaganda is all around us and whilst we can easily identify the rallying slogans of yesteryear, today’s ‘party lines’ are less easy to spot.

Since the British Library is a hub of intellectual life, the collateral events accompanying the exhibition are as long as my arm, diverse and interesting. The ultimate spin-doctor Alistair Campbell will be in conversation discussing the ‘Politics, the People and the Press’ and a late night event, ‘The Party Rules’ will see Hot Chip and Public Service Broadcasting perform their music amidst information films, archive propaganda and wartime broadcasts. There will also numerous talks about how Britain was ‘sold’ during the Olympics, the propaganda of the Iron Curtain and if citizen journalism has disrupted the status quo of power and influence. This exhibition should be a fascinating look at this brazen political tool. Needless to say, your library needs you! See you there. (Words: Laura Thornley)

Propaganda: Power and Persuasion is on from May 17th to September 17th. For more info, visit: http://www.bl.uk/whatson/exhibitions/propaganda/index.html