Somewhere you should go… New York for the New Year

Whatever the festive period may bring – besides mulled wine, mince pies and some well-deserved* seasonal cheer (*especially if you live in London) – it also brings the pained dilemma of how to say farewell to 2013 and welcome with open loving arms the arrival of 2014. The usual home based celebrations end up a shambles, 12 in a taxi or countdown in a queue… we’ve all been there. I generally plump for a holiday at New Year… it’s the answer to all these woes. Far from home and every corner, it certainly takes the pressure off deciding the who, what and wheres of your yearly homage. 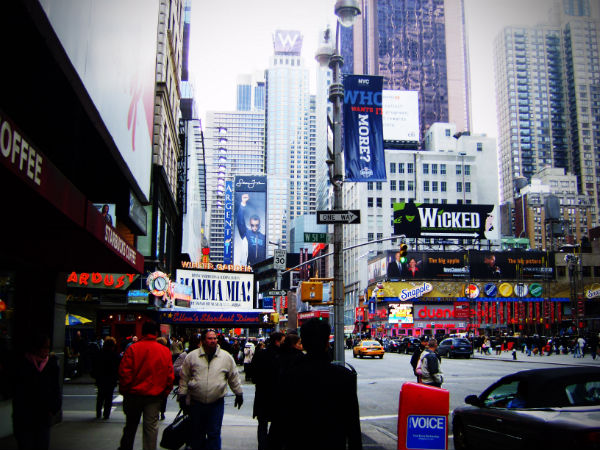 So where is the best place to travel to? On a yearly basis the world eyes fall on a few cities namely, Sydney, London, New York to bring in the next yearly instalment, and the world watches in anticipation. Going forward to Sydney means inevitably losing a good chunk of your time and missing the rest of the world’s New Year (too busy with the aftermath of theirs no doubt!). Flying backwards for us means gaining a few more hours to warm up for the striking of the clock. So why not swap Big Ben for the Toshiba futuristic clock of Time Square this year? The firework displays are always astonishing with New York bringing it up the rear. There is invariably no better place to have a party than the Big Apple. Consistently, NY has been the leader in Arts, music and clubbing for centuries. At New Year the streets are always packed with revellers and the atmosphere of the city has never felt so warm and inviting, despite it being minus 10 according to Anders Celsius! Travelling to New York is increasingly straightforward thanks to companies that specialise in cheap flights out there; searching for cheap flights to New York has never been easier. New York couldn’t be more welcoming at New Year; it may be chilly but as the infamous smoke billows from the water hydrant on every corner, you’ll know exactly where you are… This is a PR collaboration post on behalf of www.travelzoo.com/uk

Calling all hip and arty teachers! Fancy a weekend in the Garden of England?

Get cash for clothes with musicMagpie

Learn Photography with The Guardian