Somewhere you should eat… The Hunter S Pub

With Dalston firmly established in its rep as the hipster region of the East End, it’s not surprising that a quirky new kid on the block like The Hunter S would set up shop in the area, hoping to match the popularity of Victoria Park Road’s Hemingway (the same guys are behind both) but overall, be a very good gastropub.  The stylish and curious decor declares Hunter’s bold intentions – glassy-eyed wildlife mounted on the walls is both fascinating and unnerving, and the restrooms oddly erotic  – but if there’s any doubt about this pub’s worth in the game, a visit will have you thinking otherwise. 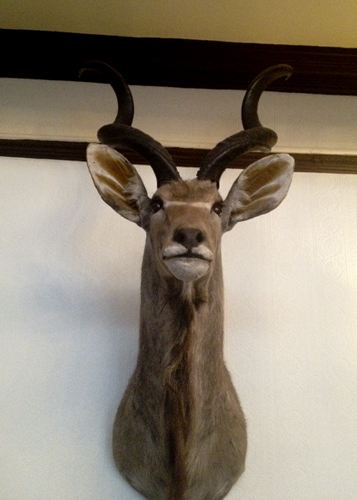 Jazzy music warms up the atmosphere,  service is prompt and friendly and the menu offers a few delights that come highly recommended, like the scotch egg ( served with fresh piccalilli and the yolk is gorgeously soft).  Elsewhere, the salmon foursome of rillet, smoked, confit and caviar with melba toast is a generous pick, though only falls short by being a little salty. 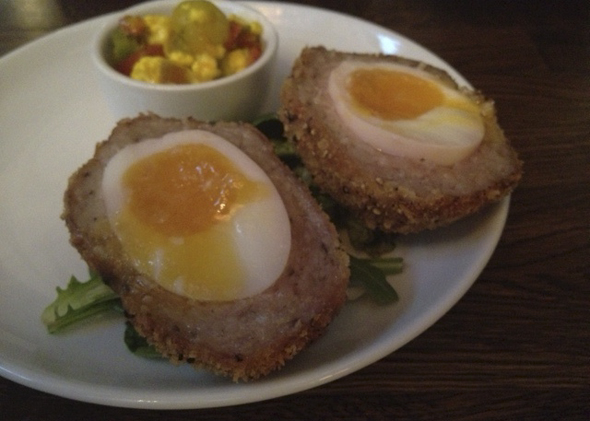 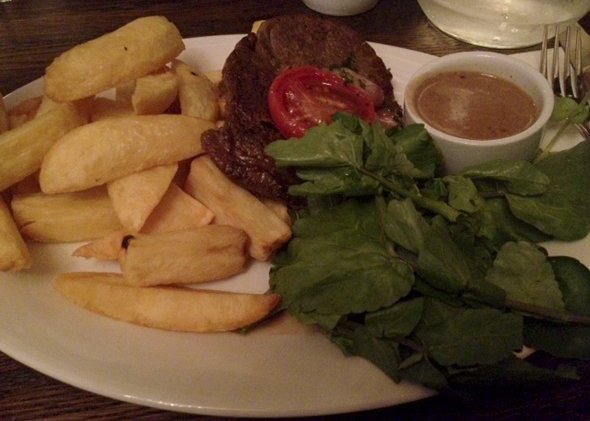 It was very hard to resist dessert, especially as a good pecan pie can be hard to come by – and Hunter’s took me back to the kind my neighbours would bake when I was a kid in Texas – while the apple and mixed berry crumble with homemade custard is as perfect as it sounds.  To top things off, a three-course meal comes up to little under £30 which is decent for quality grub, and if you throw in a warming house red like the Esperanza Merlot, you’ll be sure to have a memorable evening at a pub that won’t be exclusive to the hip locals for long. (Words: Matilda Egere-Cooper) 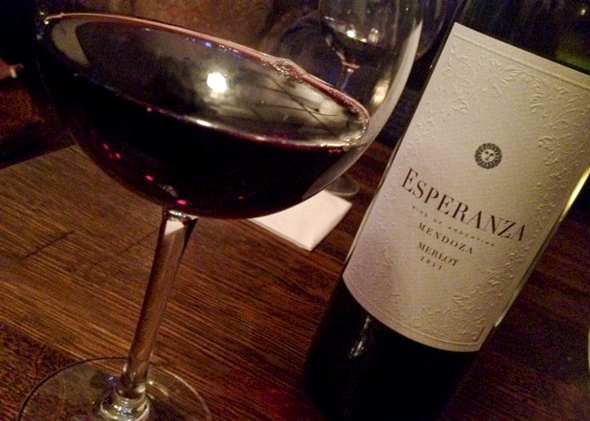