What we’ve been up to… Stylist Book Club presents: Chimamanda Ngozi Adichie

When life gives you the opportunity to connect with one of the most remarkable writers of our time, you don’t waiver. Which is probably why just over a month ago, tickets for this exclusive event with the award-winning Chimamanda Adichie sold out within hours (while around 500 people tried their luck with the waiting list, according to organisers). Those fortunate enough to snag a ticket were sent a copy of her latest novel Americanah to read ahead of the glamorous evening at the Waldorf Hilton Hotel on 29th May. 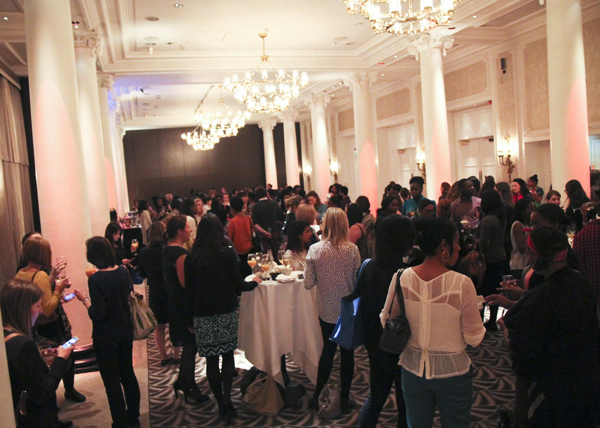 Adichie’s third novel  – which won the US National Book Critics Circle award earlier this year –  uses love to masterfully explores race, immigration and identity  and it’s just as beautiful and charming as its author. When the 36-year-old appeared on the stage with Stylist publishing director Glenda Marchant, we cheered, instagrammed and tweeted our delight. She read a short excerpt from the book and was interviewed by Marchant, before the audience got the chance to ask questions about everything from her writing process to her thoughts on Beyoncé, who sampled the author for her single Flawless. But many people simply wanted to thank Adichie, particularly one man who shared how the book helped him understand how to become a better father to his daughter. 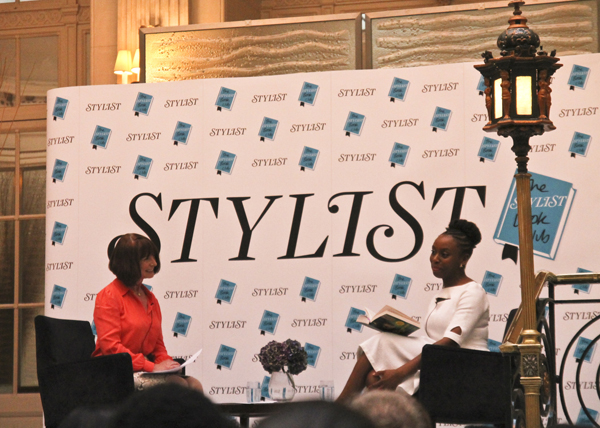 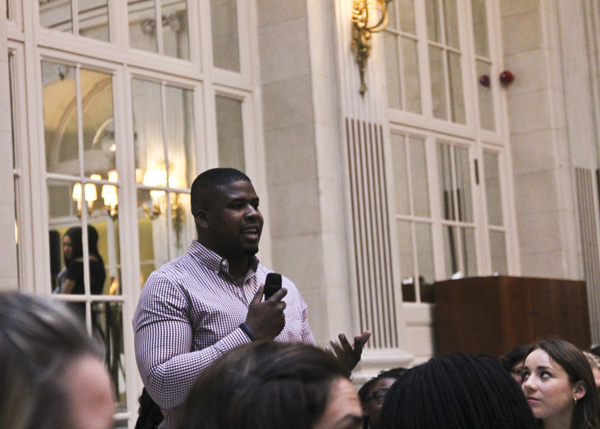 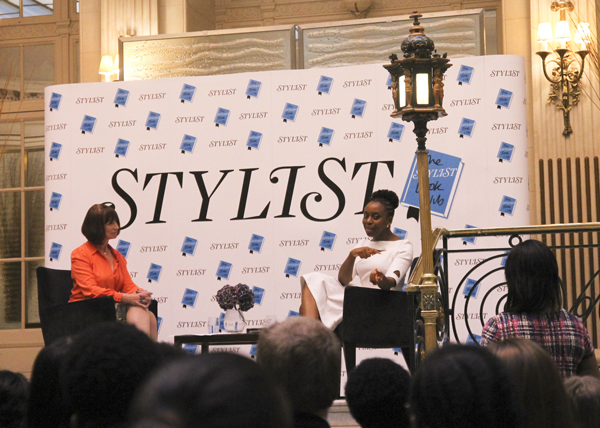 The night was capped with Adichie signing books and taking pictures with her fans, proving that with all the right elements (stunning venue, wine, canapés) book clubs can be pretty fabulous: but landing a phenomenal author doesn’t hurt either, so well done Stylist! 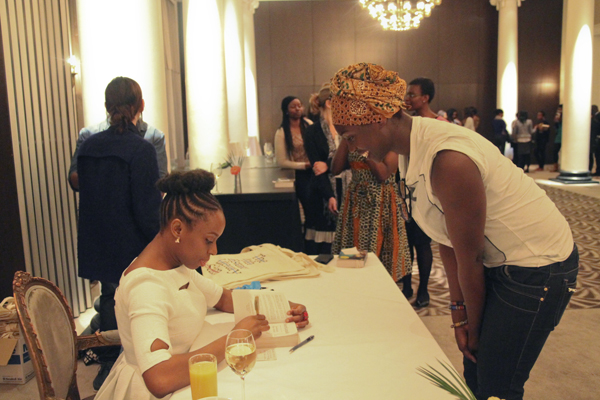 Below are some of my favourite quotes from Adichie on the night:

On writing Americanah
“I know I wanted a love story. But I’m also suspicious of excessive happiness”

On the book’s lead character
“People have said they didn’t like Ifemelu. But what does it mean to be likeable? And how much does that deny you of who you are?”

On Barack Obama
“There’s a thoughtfulness to him. There’s a liberal backlash I find it difficult to understand and I find it unfair. I find that anger has to do with a certain liberal entitlement”

On Beyoncé sampling Chimamanda’s Tedx Talk for her single Flawless
“Feminism is a party that isn’t exclusive. People should be allowed to define it for themselves”

Advice for aspiring writers
“Read, read, read. I’m not sure one can be a good writer without being a good reader. Read books you don’t like, at least one chapter. If you’re going to build a desk, it’s good to see what other carpenters have done”

“Tell your truth. We live in a world now that’s forcing you to conform”

Something you should see… The Suit

One for the diary: Ethiopia Skate – photography by Daniel Reiter at Rich Mix