Someone should have warned me that you can’t really do a quick sweep around the British Library’s new exhibition dedicated to the history of West Africa.  It’s a whole day job that might involve packing some snacks because there’s alot to take in (and justifiably so).  The history of a single African country (let’s say Nigeria) is comprehensive in itself – but this impressive show takes on the noble task of focussing on the region’s 17 nations over a thousand year time span. The sum of that is over 200 manuscripts, books, sound and film recordings, artworks, masks and colourful textiles that never fail to engage or provoke discussion. Highlights include:

So if there was ever a question about the significance of Africa to the development of culture and civilisation, this exhibition is a metaphorical bomb drop. Prepare to be enlightened. 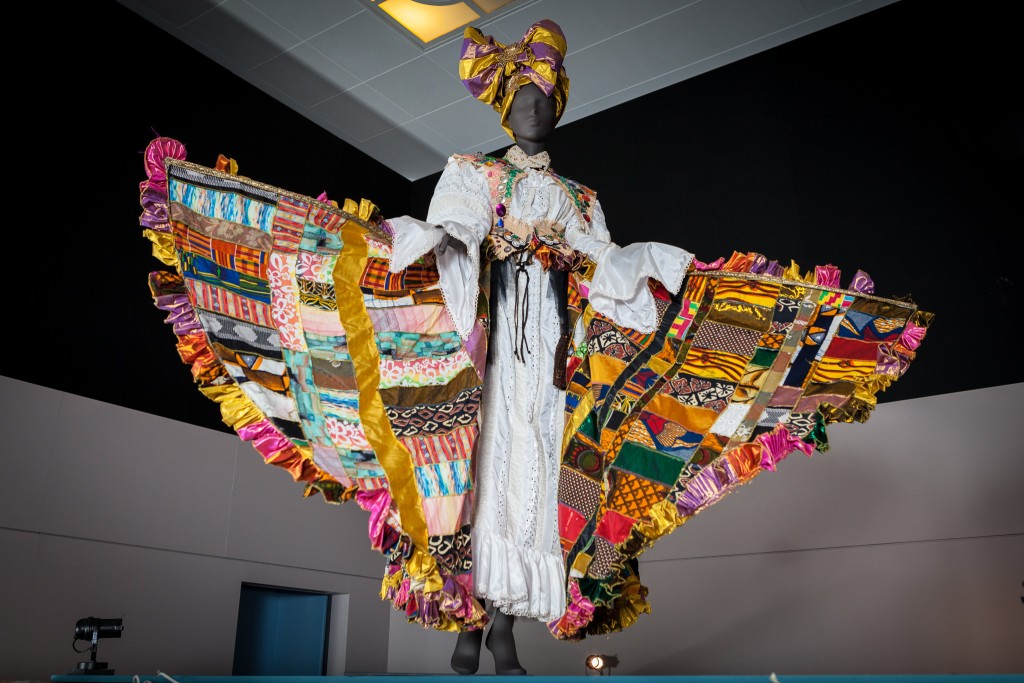 Carnival costume designed by Ray Mahabir of Sunshine International Arts in 2015, based on Bele or Bel Air, a drum dance and song closely linked to Caribbean history, struggle, freedom and celebration. On display in West Africa: Word, Symbol, Song, photographed by Toby Keane. 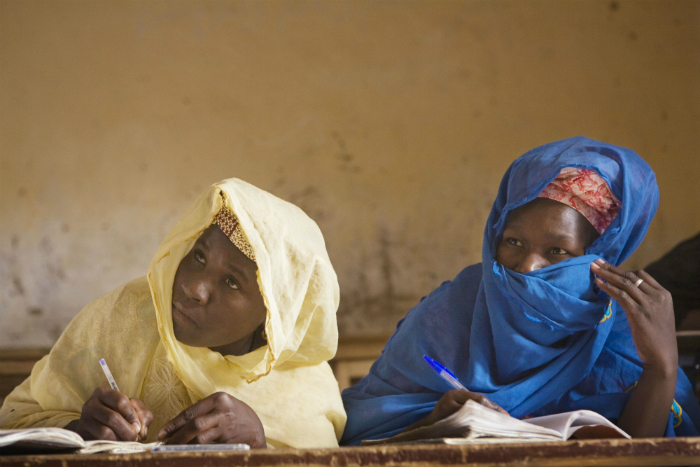 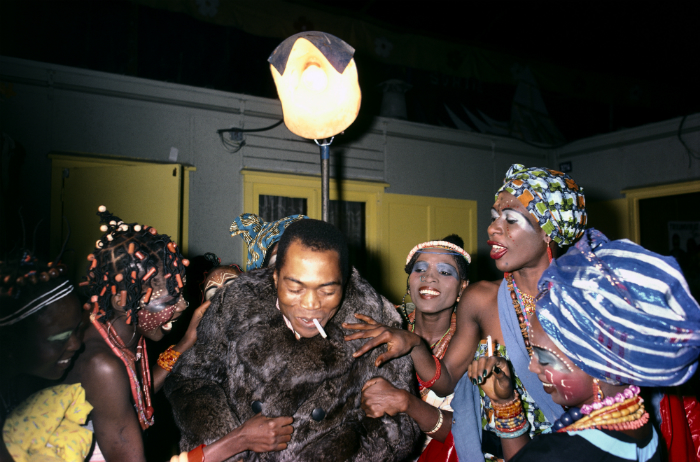