If your knowledge of photographic history is a little rusty, then this co-hosted exhibition spanning the medium’s journey through the last two and a bit centuries makes for a whistle-stop tour of what you’ve missed. Taking place between Osbourne Samuel and Beetles + Huxley galleries, the exhibition showcases some of the most important international photographers from the 19th century up until the present day. Now, this is no easy task considering the complicated past and breadth of styles photography occupies across the cultural horizon. So what do they include?

The show focuses on key moments in photographic history, starting with early pioneers who set the tone for portraiture and street photographers to come, such as Henri Cartier-Bresson, Dorothea Lange, Edward Steichen and Brassai. It also includes the photographers who played with the medium and turned it in on itself such as Man Ray and Robert Mapplethorpe. There will also be previously unseen self-portraits by Vivian Maier – the nanny-come-street photography who’s fascinating work was discovered in 2007 in locked storage containers and became the story of a critically acclaimed documentary recently released on DVD.  There will also be works by fashion photographers such as Horst P Horst and Cecil Beaton. 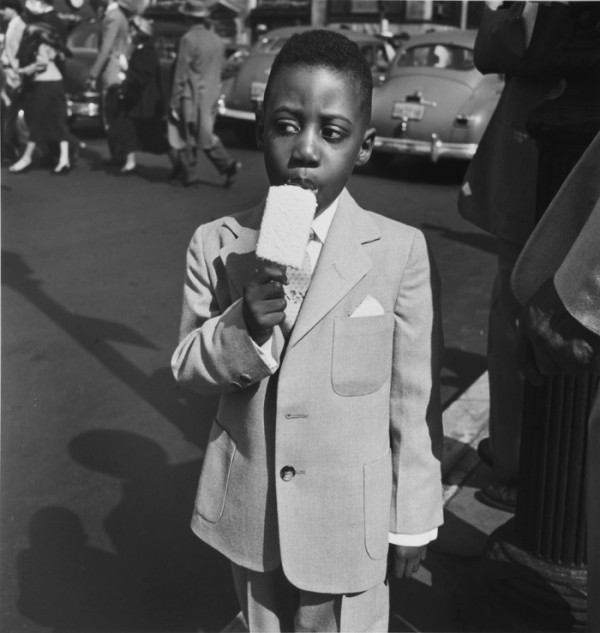 And if that isn’t enough, there will also be works by landscape photographers and travel photographers such as pioneer Herbert Ponting and Frank Hurley who was part of the Shackleton Expedition to Antarctica.

The exhibition consists of over 150 works – which isn’t that many considering the amount of time it is covering – nevertheless, the works on show come from the masters of medium and as a result, make for great viewing. (Words: Laura Thornley)

From 20th November to 23 December. For more info visit: www.osbornesamuel.com/programme/the-photographers-2014

(Banner photo credit: Bruce Davidson, Marilyn Monroe with Cameraman on set of The Misfits, 1960. © the artist, courtesy of Beetles+Huxley and Osborne Samuel)

Something you should see… Donor Unknown: Adventures in the Sperm Trade

Something you should see…The Four Stages of Cruelty, Arcola Theatre

Something you should see… Leonardo Da Vinci at the National Gallery

Something you should see… Joyce Pensato: Joyceland