Something you should see… Jean Paul Gaultier: From Sidewalk to Catwalk

The Parisian enfant terrible is the latest fashion designer to receive a museum exhibition of epic proportions. Taking over the Barbican exhibition spaces and with spin-off events alongside, From Sidewalk to Catwalk is testament to Jean Paul Gaultier’s 40-year career – and still going strong.

Perhaps most well known for the infamous conical bra worn by Madonna, Gaultier’s theatrical designs left the confines of the fashion world and infiltrated popular culture long ago: and perhaps this is what makes him so fascinating and instantly recognisable. Often considered too unorthodox for the Parisian fashion world, he has embraced counterculture and difference throughout his career. He has caused shock in the 80s through the use of fuller figure models, older men and models with tattoos and piercing. But disapproval by some brought admiration from others and he quickly won the hearts of musicians such as Madonna, Kylie Minogue and Marilyn Manson. Gaultier’s ideas also found a place, unsurprisingly, in film costume, having designed for Luc Besson’s Fifth Element and Almodovar’s Kika. In 2012, he became the first fashion designer to sit on the board of judges at the Cannes film festival. 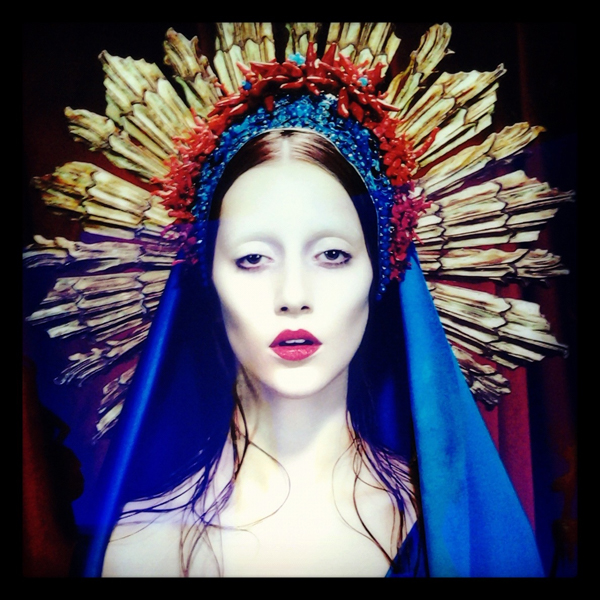 The exhibition will explore the unconventional rise of Gaultier – completely self-taught with a helping hand from Pierre Cardin – and his determination to explode fashions boundaries of conventional beauty, sexuality and gender. The Barbican will be running a film season alongside the show, curated by Gaultier himself, as well as workshops, talks and a satellite exhibition at London College of Fashion’s Fashion Space Gallery entitled Be My Guest; a close up of Gaultier’s graphic work.

A huge talent and a witty loveable character – as any Eurotrash fan can testify – this exhibition promises to be a theatrical look at all aspects of Jean Paul Gaultier’s world. (Words: Laura Thornley)

On from 9th April to 25th August. For more info, visit: www.barbican.org.uk/artgallery

Something you should see… The Merchant of Venice at Almeida Theatre

Something you should see… Souzou: Outsider Art from Japan