Depending on what you’ve read or what translation you consult, come the eve of December 21st we may be reaching for our nearest and dearest and preparing ourselves for the afterlife. Yes, the longest day creeps ever closer and with it the end of the Mayan calendar (yet some people have the audacity to plan for 2013. Are they mad?).  In any case, the more optimistic reading of this arcane calendar is that the date in question marks the end of an era, and rather than a total wipe-out, it may be a brave new world come the 22nd. This sticky subject is tackled by Dreamthinkspeak – – the much lauded site-responsive theatre company – who’ll be returning  to Somerset House in the New Year for  In the Beginning was the End, a special blend of film, installation and live performance that explores a world either on the verge of collapse – or the brink of rebirth. Let’s hope we’re still here to enjoy this cultural discussion. 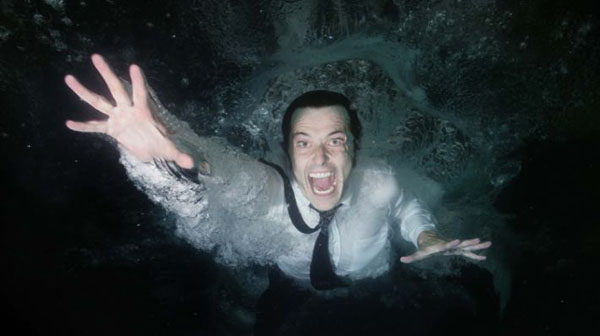 If you’re not familiar with Dreamthinkspeak, they have been around since 1999 mesmerising audiences with their site specific performances. This ensemble of actors, technicians and assorted creatives meld different mediums to create an all immersive journey for the audience, making them winners of the Peter Brook Empty Space Equity Ensemble Award in 2010. With their new gargantuan production, inspired by Leonardo Da Vinci and The Book of Revelation and utilising some avant-garde stage production, Dreamthinkspeak promise a journey through underground passages, the undiscovered nooks and crannies of Somerset House and require you take your life into your hand.
The superlatives flowed last time for their 2004 production Don’t Look Back, described variously as ‘beautiful’, ‘intricate’, ‘terrifying’ and ‘involving’ – and anyone that enjoyed the sold-out You Me Bum Bum Train will love this.  The action doesn’t unfold until January, but shows like these don’t go on sale early for nothing, so grab a ticket while (and if) you can.  (Words: Ed Spencer)

In The Beginning Was The End runs from January 28 – March 30 2013.For more info, visit http://www.somersethouse.org.uk/performance/in-the-beginning-was-the-end

Something you should see… Run to Run

Something You Should See… Asia House Pan-Asia Film Festival