Something you should see… A Bigger Splash: Painting after Performance at Tate Modern

Art went through a fascinating change during the first half of the 20th century, if that isn’t underestimating it a little. It moved towards the abstract, which still fascinates and preoccupies art enthusiasts today. For all its highbrow exclusivity and outdated attitudes, the insular soul-searching of this period helped create so many dynamic and original art movements – just like the one Tate Modern is giving space to this winter.

Painting after Performance uses the idea of Action Painting as its theme and traces evidences of this from the 1950s up to the present day. Also known as “gestural abstraction”, this is how artists transformed painting into a performative act; like Jackson Pollock did by dripping paint, like the shooting of canvases with air rifles by Niki de Saint Phalle. 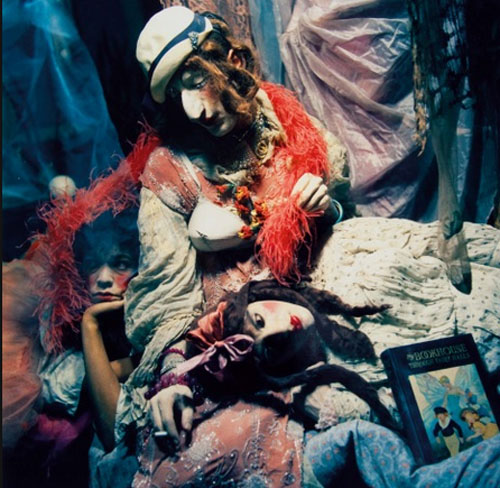 The wealth of artists taking part is fascinating and gives some much deserved space to performance artists who still tend to be sidelined such as Cindy Sherman, Pinot Gallizio and the Japanese artistic movement The Gutai Group. The Tate may be putting its usual spin on some of these historical art groupings but it’s a curatorial coup that the Tate tends to get away with. The exhibition is a great opportunity to see some amazing pieces under a lesser-spotted theme – and there will be queues, but you shouldn’t let that put you off. (Words: Laura Thornley)

A Bigger Splash: Painting After Performance is on at the Tate until April 1st, 2013.    For more info, visit www.tate.org.uk/whats-on/tate-modern/exhibition/bigger-splash-painting-after-performance

My weekend in pictures: January 9