At the ripe old age of 89, Anthony Caro has certainly put enough time into his sculptural practice to justify his title as one of the greatest living British sculptors. A living legend of the art world, it is testament to his career that the opening week of the Venice Biennale 2013 is dominated by talk of his ‘unofficial’ exhibition in Saint Marks Square – 47 years after he represented Britain in its pavilion. 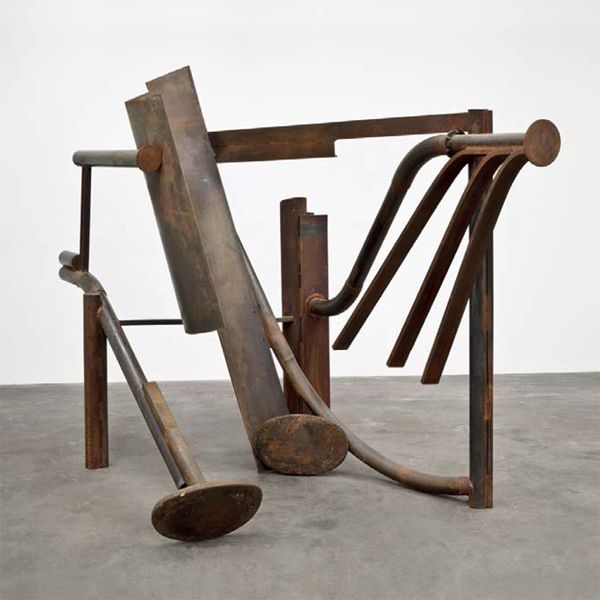 His latest show at Gagosian (his first with this gallery) is a series of sculptures inspired by his unrealised public art piece on Park Avenue, New York. These pieces have risen out of the planning process. Inspired by the movement of cars and chaotic soul of the city, Caro’s works are static industrial creatures evoking moments of calm under monikers such as Clouds or Solitude. 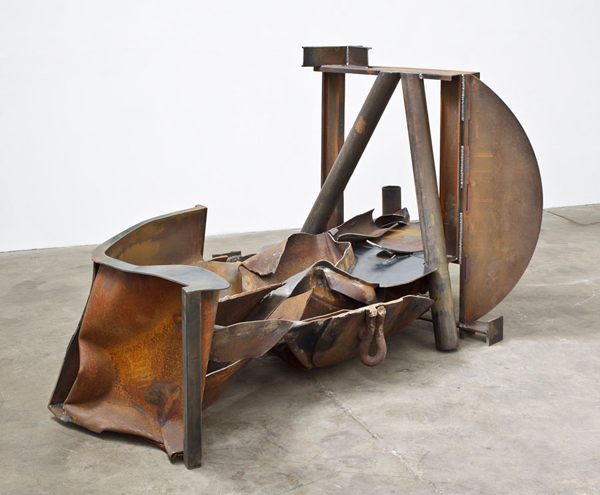 Caro may have been around a while but it’s vital to understand how radical and influential Sir Anthony has been over his near 50 years in the spotlight. During his 1960s breakthrough, Caro took sculpture from the plinth and placed it on the floor. An act we would hardly see as radical nowadays, but its impact on sculpture and audience interaction are almost unquantifiable. Often sighted as the artist who took over the helm of abstract sculpture from Henry Moore, his work has evolved the language of abstract sculpture and influenced his contemporaries. Caro has made sculptures across the globe, and his work has even found its way into a church in France. This is the work of a modern master you shouldn’t miss. (Words: Laura Thornley)

Somewhere you should go… The Vault Festival

Something you should see… Guy Bourdin: Image Maker